“Beware, your office is bugged, your residence is bugged and it is a tradition that the member states who have the technical capability will do it without hesitation.” - Boutros Boutros Ghali

The roles and responsibilities of the United Nations are widely known by the world today. The organization’s key principles revolve around Maintaining International Peace and Security in the global arena. Due to the ongoing disturbances in the world order, the expectation from the United Nation for its active response has been put in to question. There have been instances when the United Nations has been successful in establishing peace in the international sphere. In 1992, a separate department for peacekeeping was established by the United Nations to foster support for future missions. If we look back, there have been situations in the past where the organization has confronted the challenges effectively and carried out successful peacekeeping operations in Congo, Liberia and South Sudan, to name a few. However, the UN's stagnant response over a few issues specifically related to its Permanent Members is one of the chief driving forces behind the UN being referred to as a puppet, whether it be the USA's withdrawal from Afghanistan, China-Taiwan skirmishes, or the Russia-Ukraine conflict. The organization has an eyewash policy when it comes to making decisions in matters related to P5 (5 Permanent Members).

In August 2021, when the Taliban captured Afghanistan, the United Nations left the matter to the United States. The organization failed to take into consideration the commitments made by the Taliban. Furthermore, it didn’t even hold an emergency meeting amid the Afghanistan crisis. In the Doha talks held for the Afghan Peace Process, India was excluded abruptly from the talks even after being called a dominant player in human rights.

The Russia-Ukraine crisis shares a long historical background. Ukraine separated from Russia after the disintegration of the Union of Soviet Socialist Republics (USSR). Ukraine’s wish to join NATO after being announced as an independent country infuriated Russia. Since then, Putin has intended to annex Ukraine. From Civil Protests in Donbas and Luhansk held back in 2013, followed by Crimea’s annexation in 2014 to holding MINSK Protocol 1 and 2, 2015 and recognizing the Donbas and Luhansk areas as disputed because the states wanted to disassociate themselves with Ukraine.

In 2021, a Civil war was commenced against Ukraine by Russia in Donbas and Luhansk separatist groups. The military was deployed on the Ukrainian Border. Russia’s aim was not to let Ukraine Join NATO so Russia’s President Putin decided to impose the MINSK regulation in which it is mentioned that Ukraine cannot join the North Atlantic Treaty Organization. All these incidents further depict how well-planned and structured Russia’s strategy is. In January 2022, Evacuation at Kyiv’s Russian Embassy was done, and the Russian Military was further re-positioned to Belarus. Putin signed the Friendship and Mutual Assistance Treaties with both the Donbas and Luhansk.

Yet, another failure has been added to the list as it clearly depicts that the UN's status, as well as power, is arbitrary. During the emergency meeting which was being held with the agenda to stop President Putin and Russia from invading Ukraine and maintain peace. However, the ironic play which comes in here is that shortly after the meeting began, Russia announced Special Military Operations in the Donbas Area and asked the Ukrainian troops to put down their arms. The situation escalated to the declaration of a Nationwide State of Emergency in Ukraine.

The main aim of the UN has once again been proven a mere motto only in principles. However, if we look at the worldwide scenario, the image of the UN has been put to question once again. Even if we look at the cases in Armenia-Azerbaijan or Israel-Palestine disputes, the approach of the UN has not been adequate. Though there have been successful operations, the organization’s lack of indecisive decision-making has been destabilizing the world order. As we live in the era of globalization, i.e bordered yet a borderless society; the consequences will create a ripple effect and will affect the associated countries as well.

As a matter of fact, we have always read in theoretical books about how impactful and massive a role the United Nations play - but in reality the scenario is different. One of the crucial reasons is that the League of Nations, the UN's Predecessor, couldn't survive in world politics because the maxim of maintaining peace and security was not fulfilled which further led to World War II. However, it seems like there is a possibility that we could see history repeating itself not in the terms of dissolution but definitely in the terms of consequences. In world affairs’ the UN is choosing to be a passive observer instead of being an active role player. 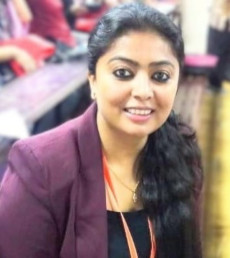 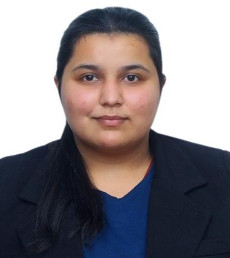