Although Nepal has already experimented with four formal Constitutions and two Interim Constitutions since 1948, the 2015 Constitution is idiosyncratic as it establishes the Himalayan state as a ‘Federal Democratic Republic’ for the first time. The new Constitution has drawn up provincial boundaries for seven states but their names are yet to be decided.

The Constitution of Nepal, 2015 promulgated on September 16, 2015 by the Constituent Assembly meeting visualizes a Federal Democratic Republican Nepal. The new Constitution sought to foster the principles of inclusion and lead the country towards prosperity by institutionalizing the fruits of democratic political movements held so far in the country.

In order to realize the dreams cherished by the Nepali people since the past 65 years, the new Constitution formally took the country towards a federal structure from the long-stayed unitary structure that was in place for 240 years. The new statute sought to federate the country into seven federal units which is considered as one of the major breakthrough after the delivery of the 2015 Constitution.

September 20, 2015 marked the new era of the Himalayan state. Nepal got her first Constitution written by the elected people in Constituent Assembly (CA). The Constitution drafting process was clout under a tough, dramatic, and frequent street protests, strikes, negotiation, bloodsheds, and police action in Madhesh unrest, celebration, boycotts, blackout, walkouts, or walk-ins.

There was celebration as well as blackout or protest against the delivery of Constitution. The people of hill observed the task of Constitution-making as a way forward but the people of Madhesh wholeheartedly rejected the new statute. An eminent Supreme Court advocate and writer Dipendra Jha puts this way “The people of Kathmandu and the hill and mountain regions were happy that the Constitution had been promulgated and celebrated the day by lighting lamps. In contrast, the Madheshis and Tharus in the Terai region observed a Black Day to mourn the deaths of their community members who had been killed by the state security forces while protesting against certain provisions of the Constitution.”[i]

The Constitution was heavily criticized for landing a citizenship provision that says that in order to get citizenship by descent, a person must have father and mother both Nepali at the time of his birth. However, on non-fulfillment of this condition, meaning thereby, in case where his father or mother is a Nepali then his/her citizenship would be converted to naturalized citizenship. In making such a distinction, the framers clarified that the descent citizens seem to be inferior to naturalized citizens. Article 289 further clarifies their intent in a sense that the naturalized citizens are not allowed to hold any vital government offices.

Development of Constitutional Law in Nepal

With the independence of India in 1947, the Rana government led by Prime Minister Padma Shamsher introduced the Government of Nepal Act, 1948. It entered into force on April 13, 1948[ii]. “The Act was doomed to die from its inception. Firstly, the Ranas were not happy with the promulgation of the Act as they did not want to share the power with the people and secondly, the people were not happy as it did not meet the minimum expectations of the people. The Act could not be fully implemented and was finally repealed by the Government of Nepal Act, 2007 BS[iii],” observes Kharel (2017).

With the restoration of Constitutional monarchy, King Tribhuvan promulgated a new Constitution in 1951. After the end of the Rana regime, following the 1951 revolution, King Tribhuvan promulgated the second constitution of the Kingdom of Nepal on March 30, 1951, based on the advice from the Council of Ministers. It came into force on April 11, 1951. Nevertheless, it was a compromised document between the king, the Ranas , and the Nepali Congress . Eventually, constitutionalism was also compromised between these three forces, which provoked skepticism among different communist parties and factions in Nepal. As an Interim Constitution, it was supposed to be replaced by a Republican Constitution to be prepared by a Constituent Assembly (CA). King Tribhuvan never fulfilled his promise, despite his public promise for the establishment of a CA to prepare a republican constitution. Implausibly, the Interim Constitution continued for eight years. During this period, King Mahendra succeeded to the throne and imposed his direct rule on February 1, 1958.

Kharel (2017) describes that the “Act, 1951 was heavily influenced by the Indian Constitution[iv]. The provisions enshrined under Part-II, i.e., Directive Principles of State Policy (DPSP) mirrors the Constitutional arrangements made under Part-III and Part-IV of the Indian Constitution. The drafters of the Act were reluctant to incorporate the provisions for fundamental rights. Still, “The Interim Government of Nepal Act, 1951 included even the fundamental rights under the heading of DPSP.”

Although King Tribhuvan had declared the Act, which was promulgated on April 11, 1951, as a Constitution, the Supreme Court of Nepal was reluctant to give stamp of approval to the Royal declaration. “The then Chief Justice of Nepal Hari Prasad Pradhan held that the Nepal Interim Government Act is not an exclusive Constitutional document. The totality of Royal proclamation of 2007 BS Falgun 7, Freedom of Individual Act and the Interim Government Act constitute Interim Constitution.[v]”

The Constitution of Kingdom of Nepal, 1959 was crafted by a committee formulated by the then King Mahendra Bir Bikram Shah Dev. A distinguished jurist Sir Ivor Jennings, who had served as Dean in Colombo University for long, was called upon by King Mahendra to enact the Constitution[vi].

“The intention behind calling Jennings for this purpose was to give such a Constitutional framework to the people of Nepal that could vest the major powers of the state in Royal family. The King wished to enact a Constitution that could succeed in ensuring the oligarchy of the King in entire affairs of the state. With a plan to vest all powers on the Royal institution, King Mahendra had an ill-intention to curtail the rights of Madheshi people living across the southern plains of Nepal. In this connection, he came up with stricter and non-pragmatic citizenship laws with a view to make considerable number of Madheshi people stateless and paved the ways for the bulk entry of Hill youths in Gurkha regiment of Indian army. In doing so, King Mahendra succeeded an inch to restrict the entry of Madheshi people in public service jobs,” further argues Jha (2015).

“Because of various political reasons instead of election of the Constituent Assembly, the Constitution of the Kingdom of Nepal, 1959 was promulgated by the King in pursuance of exercising the Royal prerogative and sovereignty vested on the Crown by customs and traditions,” believed Kharel (2017).

There were ample provisions which were conferring ultimate powers in the hand of the His Majesty. For instance, Cabinet was accountable not only to the parliament but also to the King. The King was not bound to work exclusively on the aid and advice of the Council of Ministers. The government elected by the electorates and the parliament of the day had no control over the proclamation or revocation of emergency under Article 55. Also, the King was conferred with the power to dissolve the Lower House and the government in power.

Importantly, the 1959 Constitution was the first highest law of the land which firmly shown adherent to Hindu culture and tradition. The charter the term His Majesty King as the king for the time being reigning, being a Shahi (Royal) descendant of His Late Majesty King Prithvi Narayan Shah and adherent of Aryan culture and Hindu religion[vii].

On the other hand, the Constitution was snowed under controversy for enacting derogatory provision relating to citizenship. It provisioned that any person who is born in Nepal or either of whose parents was born in Nepal shall be deemed to citizen of Nepal.  In case where a woman, who is a foreigner, has any kind of relation with a citizen of Nepal constituting matrimony in accordance with the laws and customs of Nepal was also entitled to seek citizenship certificate. However, the Constitution had provisioned that one must have knowledge of Nepali language and s/he was expected to “read and write the national language of Nepal” in order to acquire Nepali citizenship.[viii] The political scientists and critics argued that such a restriction—must be able to read and write Nepali—was unrealistic.

This Constitution failed to last for a long due to many reasons. Of them, the regressive citizenship laws, party-less legislature and extreme emphasis on a particular language and culture could be taken as the major shortcomings of this Constitution.

The Constitution of Nepal, 1990 is the fifth Constitutional document in a series of development which succeeded to repeal the short-lived charter of 1962 Constitution. The Constitution was promulgated by the then His Majesty the King Birendra Bir Bikram Shah Dev “by virtue of the State authority as exercised by us, do hereby promulgate and enforce this Constitution of the Kingdom of Nepal on the recommendation and advice, and with the consent of the Council of Ministers.”[ix]

“Before the promulgation of this Constitution, other Constitutions held that the sovereign power of the state was vested to the king but interestingly the Constitution of BS 2047 for the first time acknowledged the fact that the sovereignty lies with the people of Nepal not to the king. The basis sovereign power of the king remained a matter of undefined Constitutional jurisprudence.”[x] However, under the Constitutional framework no one could claim to be sworn in as the crown by invoking rule of succession followed in England as “His Majesty shall have the exclusive power of enacting, amending and repealing the law relating to the succession to the Throne by His descendants.”[xi]

The Constitution, 2007 was enacted at the backdrop of political movement of (BS 2062/063) 2006 that lauded to abolish monarchy and gave the then autocrat monarch King Gyanendra Shah two weeks of time to vacate the sprawling pink palace, which is now turned into a museum.

Despite this, the new Constitution expressed a determination to carve an equitable society which would have a strong foundation on principle of proportional inclusion and participation. This arrangement is sought to foster economic equality, fraternity, prosperity and social justice in the teething federal democratic republic of Nepal. The Constitution sets out the ‘preambular’ objects to achieve people’s competitive multi-party democratic system, civic freedom, fundamental rights, human rights, period election, voting rights, full press freedom, independent, fair and competent judiciary, and building of a prosperous nation. Also, it tends to show a strong commitment towards socialism based on rule of law, and democratic norms and values, and durable peace, good governance, development through the federal democratic republican system of governance.

There is a qualitative difference between the repealed Constitutions and the 2015 Constitution. Previous Constitutions were crafted by monarchs but this has been enacted by elected representatives in Constituent Assembly. This is a positive difference and a reason to celebrate. Importantly, the new Constitution formally establishes Nepal as a secular state, while Constitutions of 1959, 1962 and 1990 introduced the Himalayan state as a Hindu state.

The CA gave birth to the new Constitution with an aim to upright the newborn republic on a strong pitch of pluralism and representative socio-economic-political democracy and to establish Nepal as an ideal state in Asia, which its territory, citizenships, polity, and consciousness allow. 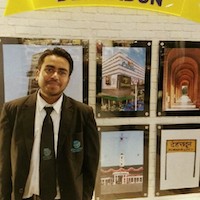