Since several decades, the guiding principles that have shaped Indian strategic doctrine have focusedon the challenge arisen by contested land borders, both with China and Pakistan, which dispute the Indian presence in Kashmir.Obsessed with its continental tropism and an initial economic line favouring "import substitution ", New Delhi had finally neglected its maritime space.

However, the Indian Ocean has become a key ocean for the global economy. It represents the major transit space between the industrial and commercial hubs of China and Japan, the Gulf energy resources and the European markets. The growing quest for African resources and market adds to these stakes. At present, two-thirds of the world's oil traffic, half of the world's container traffic and one-third of the world's maritime traffic pass through the Indian Ocean, whose coastal countries account for one-third of the world's population. Hub of vast seaborne global trade and oil routes, the Indian Ocean has also become an area of major strategic importance. The security of sea lanes and freedom of navigation are threatened by non-state actors such as maritime terrorists and pirates and by persistent geopolitical tensions.

The economic and strategic importance of the Indian Ocean has led India to reconsider the value of these issues. To protect its interests, ranging from energy security to trade routes, the country has invested in its maritime infrastructures and navy forces. Intertwined with its economic interests, its maritime strategy, known as the “blue diplomacy”, has been shaped to affirm its role as a regional power and to restore its historical influence.

Security issues are the first India’s concerns in its maritime area. The presence of piracy activities in two strategic theatres, the Bab-el-Mandeb, to the West, and the Straits of Malacca, to the East, requires an international co-operation to face this global threat. For this purpose, major powers and coastal states have gathered in an international organization, the Indian-Ocean Rim Association (IORA), to protect commercial routes. The regional geopolitical context remains tense due to rising tensions in the Persian Gulf, and, the military and terrorist Pakistani threat, that became real after the 2008 Mumbai attack from the sea. Nevertheless, India has to face a new rival in the Indian Ocean with China’s increasing geopolitical and economic influence.

In the name of an Asian regionalism, China has reinforced its economic and military presence in the Indian Ocean. A major modernization process of naval forces has been conducted in parallel of an expansionary economic policy implementation. Thus, the country seeks to reshape the Asian economic and security architecture in order to establish its influence. To this end, China has developed a military strategy called "String of Pearls", which adjoins its massive economic project, “One Belt, One Road”. Major port investments, primarily economic, but which may also provide stopovers for the Chinese war fleet, have been undertaken in the last decade. Chinese authorities have thus targeted the ports of Chittagong in Bangladesh, Marao, in the Maldives, Sittwe and Kyaukyu in Myanmar, where a corridor connecting the Chinese Yunnan to the Bay of Bengal ensures an oil and gas transit.

Nevertheless, the two China’s main partners in its maritime policy can be found in Pakistan and Sri Lanka. To achieve the encirclement of India, China has drawn closer to Pakistan in its fight against the common enemy. The two countries have developed a major economic axis, the "China-Pakistan Economic Corridor" (CPEC), that has been materialized by the Chinese operational control over Pakistan's Gwadar port. For Pakistan, this project allows the country to reinforce its seaborne trade security with an alternative to Karachi. For China, Gwadar offers the access to a strategic location, situated at the end of the Strait of Hormuz.In a context of latent context between India and Sri Lanka, the island-country has conducted joint military exercises with China in June-July 2015 that arisen after the docking of two Chinese nuclear submarines at Colombo the previous year. The Chinesefinanced deep-water port in Hambantota rounds off this rapprochement and highlights the strong strategic ties between the two countries. These diplomatic actions aimto scuttle India's influence and role in the region.

Consequently, Chinese ambition to ensure a permanent presence in the Indian Ocean through the acquisition of naval bases, added to the regular patrols of Chinese nuclear submarinesoff India’s territorial waters, have nourishedthe Indian security anxiety.India has not only protested against this growing threat to its trade routes and territorial integrity.In this tense context, the nationalist government of Narendra Modi intends to develop its naval forces as evidenced by the publication in October 2015 of a White Paper on maritime safety and by the International Fleet Review held five months later in the Bay of Bengal. It is not only a question of responding to Chinese initiatives in the Indian Ocean, but also to use its maritime power to develop the country's influence in the region. In addition to the expansion of its war fleet, the Modi Government has led diplomatic efforts to counter China's encirclement policy by strengthening its partnerships with island states in the region.The Indian Prime Minister's island tour in March 2015 has strengthened the agreements with Mauritius that gave to India an easier air and sea access to the island. In Seychelles, bilateral relations remain strong as India regularly provided a decisive military presence for the stability of the regime and continues to invest into local development projects. The two countries have also signed defence agreements in 2004 and 2010 that have led to the Indian lease of Assumption Island to implement a naval base. The relations between India and Maldives are more complex due to the growing islamization of the island republic. Political tensions across the country are delaying the signing of defence agreements while China strengthens its military presence in the archipelago.The Sri Lankan case is much more complex. Bilateral relations, delicate under President Rajapaksa, have improved since 2015 under his successor Sirisena, but tensions remain recurrent due to the encroachment of Indian fishermen in Sri Lankan waters and litigation related to the border delimitation in the Strait of Palk. After a free trade agreement signed in 2002, the technological and economic cooperation agreement currently being negotiated highlights the potential between the island and its giantneighbour. In general, India wants to appear as a "benevolent power," committed to reinforce island states’ capacities. In 2014, a trilateral meeting between India, Sri Lanka and Maldives led to the establishment of a common vigilance policy in the maritime field, with the extension of the Indian Coastal Surveillance Radar System, the support for relief operations and coordinated actions against oil pollution. Seychelles and Mauritius could join this initiative if it becomes permanent.

With the aim to diversify its trading routes and partners, India has expanded its geographical scope of action this last decade. Narendra Modi's visit in July 2016 to African countries bordering the Indian Ocean (Kenya, Uganda, Mozambique, South Africa) reflects this commitment and follows the launch in 2008 of a triennial India-Africa summit. Iran has also emerged as a crucial partner to counter China's expansionist policy and to compete with the Islamabad-Beijing axis. India has financed the port of Chabahar, Gwadar’s replica, following a trilateral agreement between Delhi, Kabul and Tehran. The project provides to Afghanistan an alternative maritime outlet and affords an access to India to the landlocked country and, by extension, to gas-rich Central Asia region. Nevertheless, the main project between the two countries must be found in the North-South Transport Corridor (NSTC), a multi modal transportation axis that aims to link Moscow to Mumbai via Teheran. This new trading and energy route offers a privileged access for India to Iran oil and Russian gas, shortening considerably the usual sea route that goes through the Suez Canal and the Atlantic Ocean.

Finally, in order to deepen strategic and economic partnerships in the Indian Ocean Region, Prime Minister Modi has pursued its dynamic maritime diplomacy by looking to the East. The aim of this “Act East” policy is to renew the moribund relations with South-East Asian countries. Indian diplomatic initiatives in ASEAN countries allowed the giant country to appear as a creditable hedge against Chinese growing geopolitical influence. Besides the participation to ASEAN countries’ naval exercises, India has concluded bilateral defence and cooperation agreement with Vietnam that allowed the country to reinforce its naval presence in the South China Sea.

A regional requirement for strategic cooperation

Undoubtedly, India’s commitments with its maritime neighbours and the agreements concluded with both Iran and ASEAN countries have instilled a new feeling of confidence among the Indian population. If the diplomatic initiatives have borne fruit, Indian navy forces and maritime infrastructures remain insufficient to compete Chinese influence. The acquisition of ballistic missile submarines and a new aircraft carrier, INS Vikramaditya, demonstrate the country’s willingness to enhance its naval capabilities. Detailed in the “Ensuring Secure Seas: Indian Maritime Security Strategy” document, the national maritime strategy intends to protect the security and economic interests. Submarines’ investments constitute the priority with the construction of several nuclear-powered submarines and the refurbishment of its obsolete Kilo-class submarines. The United States represent a privileged partner in this modernizing process while joint naval exercises have been conducted between the two countries. In addition to the enhancement of its war fleet, the government has launched an important project, called "Sagar Mala" ("Oceanic Garland" in Hindi), that aims to improve the country's port facilities.

Despite these investments and the government’s claims, the country’s safety still lacks from a concrete policy actions, mostly regarding terrorist and pirate threats. The country must reinforce its regional integration and co-operation with both its maritime partners and regional powers present in the region such as Japan, Australia and the United States. The co-operative security mechanisms’ success requires a broader Indian participation and leadership in the multilateral organisations and the China’s inclusion in these partnerships. If the Chinese threat cannot be underestimated, it must not become a blinded obsession for the country. India’s priority should be put on the safety of its Sea Lines of Communication (SLOCs) to ensure its energy security and protect its maritime borders. If Chinese attitude should evolve toward more cooperation, it is also important for India to modify its psychological paradigm. The country’s ambition is still observed as hegemonic by its maritime neighbours that ask for more respectful behaviour from India. This Indian dominant-dependent psyche must be reversed to strengthen the regional strategic cooperation and compete Chinese influence in the Indian Ocean.

Thus, it is crucial to note that the eyes of India on the sea have changed these recent years as evidenced by the diplomatic initiatives and military and economic investments. This new Indian dynamic aims to ensure the country’s strategic and economic autonomy in the Indian Ocean and to counterweight Chinese geopolitical influence. Nevertheless, the budget allocated to these changes remains insufficient and the decision-making and implementation methods require deep improvements. 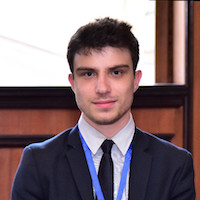