The news that the Leftist camp in Nepal – the combined alliance of the moderate and the Maoists – is all set to form the next government has left establishments in India concerned. For observers in the Himalayan country’s southern neighbour, this amounts to a growth of China’s influence there and has the potential to see New Delhi’s grip loosening in South Asia.

This observation, one must say, is a bit oversimplified. The implications of a Leftist government taking charge in Nepal are most significant for Kathmandu’s internal politics than any external force. There is no permanent friendship or enmity in international politics and Nepal’s Leftist rulers need to show a balanced approach in their dealings with India and China in the days to come, instead of proving what the popular media believes them to be – pro-China.

There are several reasons to believe that India shouldn’t feel too shell-shocked by the victory of the Left alliance in Nepal although it certainly makes it look more daunting for the former. A democracy doesn’t function according to an external force’s wishes – be it either India or China – and the mandate given by the people of Nepal needs to be seen with respect. New Delhi, particularly, shouldn’t plan its strategy on Nepal after seeing the colour of the party in power. A pragmatic diplomacy is what South Block requires at the moment to ensure that its age-old rapport with Nepal continues on the right track.

India needs to learn a lesson or two from a couple of events that took place in 2015 – in the aftermath of a devastating earthquake or Nepal’s efforts towards promulgating a new constitution. It should not suspect Nepal’s political intentions ever for it is too close a country (geographically, historically, culturally, politically and economically) Nepal can afford to ignore and try to handle it with more sensitivity.

From Nepal’s perspective, too, the coming of a Left alliance in power doesn’t make a pro-China stance automatic. Although sentiments in that country have been hurt by India’s policy errors, blindly jumping into China’s lap will only create more problems for the Himalayan nation. Kathmandu’s policy-makers must not lose sight of the fact that China is a country which only looks to satiate its own hunger – economic and strategic, the former more than the latter.

Beijing wants political stability in the pathway of its grand Belt and Road Initiative so that it is not disrupted and hence, like in Afghanistan, a political equilibrium is something it also seeks in Nepal. Kathmandu needs to understand this super-objectivity of China’s foreign policy and deal it tactfully. By aligning its own nationalism with that of the Chinese thinking that an ideological symmetry puts them at par, Nepal would only invite more trouble. From India’s perspective, Nepal’s turning red may seem that it has turned into China’s sphere of influence, but there is more to the story than what the naked eyes perceive.

There is no doubt that China has been making a brisk progress in terms of investment in Nepal -- even overtaking India in the process – but it is not for nothing that China eyes a bigger clout there. One must see how countries like Pakistan and Sri Lanka have been slowly but steadily entering into China’s debt trap. Being a poor country with a lot needed to be done for its economic uplift; can Nepal afford to do it?

There is also another angle to the story. Seeing how Nepal’s politics has unfolded in the last decade and more, it is not easy to feel convinced that the country’s political leadership will deliver in the right directions straightaway. Yes, there is a lot of optimism attached to Nepal’s latest elections but one should not forget that the same old faces are still in the fray. Nepal’s Leftist camps have been more about opportunism than ideology and there is no guarantee that KP Oli and Prachanda may not have serious differences tomorrow (the two leaders were not in the best of terms in the recent past). These Left leaders have not been consistent in their approaches as the head of the government in the past. For example, while Maoist leader Prachanda was openly pro-China during his first stint as Nepal’s prime minister in 2008-09, he was friendlier towards India during his second term in 2016-17, thanks to electoral compulsions.

Similarly, Oli, who is known to be a strong critic of India, was one known as the ‘man of India’. In fact, Oli had purportedly used India’s help to see the end of Prachanda’s first tenure as the Nepalese premier in 2009. Later events, however, made him anti-India. Given these transitions in the two top Left leaders’ political priorities, it is not easy to predict what they would do together (or separately) in due course of governance.

The voters of Nepal have done their duty. Now, it is the responsibility of the elected representatives to value the trust the people have placed on them. If they fail and Nepal returns to its routine chaos, then there will be little possibility of Kathmandu executing a foreign policy which is independent and pragmatic. Its directionless polity will continue to ask whether India or China will help it better. Nobody can really help Nepal unless the country gets its act together as a post-monarchy democracy. Nepal will need robust and self-serving relations with both its big neighbours and not really try to see one as an alternative to the other.

The days ahead will be interesting to watch. The new government in Kathmandu will have to cater to a number of needs if it wants to see Nepal move forward in the international comity of nations. 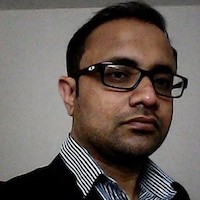