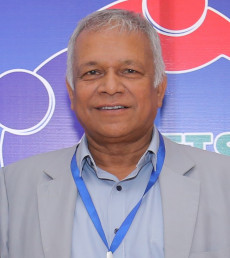 Er. Mr. Ganesh Shah is a former Minister for Environment, Science and Technology. Mr, Shah is a Mechanical Engineer by profession and received his M-Tech (Technical Engineering) from Patrice Lumumba Peoples' Friendship University in 1973. Shah was appointed the Minister for Environment, Science and Technology when the cabinet was extended. Mr. Shah is a big advocate of the climate change issues in Nepal and has been quoted in various media outlet during his time as a minister.