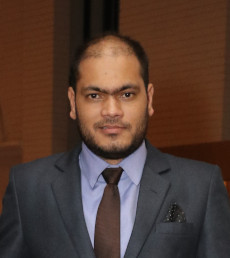 Sunil KC is Founder and CEO of the Asian Institute of Diplomacy and International Affairs (AIDIA), one of the most influential think tanks of Nepal. Under his leadership and guidance, the organization has been able to contribute to the Nepal’s foreign policy and diplomacy strategically as well as economically. Sunil provides direction and leadership to AIDIA’s multiple centers on fund raising, research projects, platform design, and outreach initiatives including stakeholder engagement.

Sunil KC is the Chairman at Asia Corporation Private Limited, one of the emerging commercial enterprises of Kathmandu. Mr. KC is also the Chairman at AIDIA Consulting Private Limited and Resident Director at Dimitris Infrapro (India) Limited. He is the Vice President at Nepal-India Chamber of Commerce & Industry (NICCI), Advisor for International Investment Promotion at Federation of Nepalese Chambers of Commerce & Industries (FNCCI), Advisor at the Confederation of Nepalese Industries (CNI) and Think Tank Member at Nepal Intermodal Transport Development Board at Ministry of Industry, Commerce and Supplies, GoN. He is Co- founder & Director at Asia Power Trading Company Private Limited  and Co- founder and Director at Ama Dablam Fund. He is also a Board Member at Ghashi Saving & Credit Cooperative Limited; Policy Adviser at EDU Inter Governmental Organization, Belgium; a Former Visiting Faculty Member at Mid-Western University (MWU), Nepal; and Writer Advisor at Karobar National Economic Daily.

He started his career as a radio presenter at the age of 13 and made voice of Nepal’s youth heard during the bitter times of the Maoist Party Movement. Co-founded Radio Tulsipur FM in Dang with the vision to increase socio-political awareness in local communities. Gained life time membership at Royalty Collection Society of Nepal, an organization that helps in collecting the royalties of Entertainment Sectors.

He writes frequently on issues of Trade , Economy and Foreign Policy for Newspapers and Think Tanks. Speaks regularly in media and often been quoted in South China Morning Post, Hindustan Times, Times of India, Indian Express, BD News 24, Dhaka Tribune , The Kathmandu Post and others. He has also composed lyrics for a lot of songs. Along with academic endeavor, he has also written lyrics for dozens of Nepali songs.