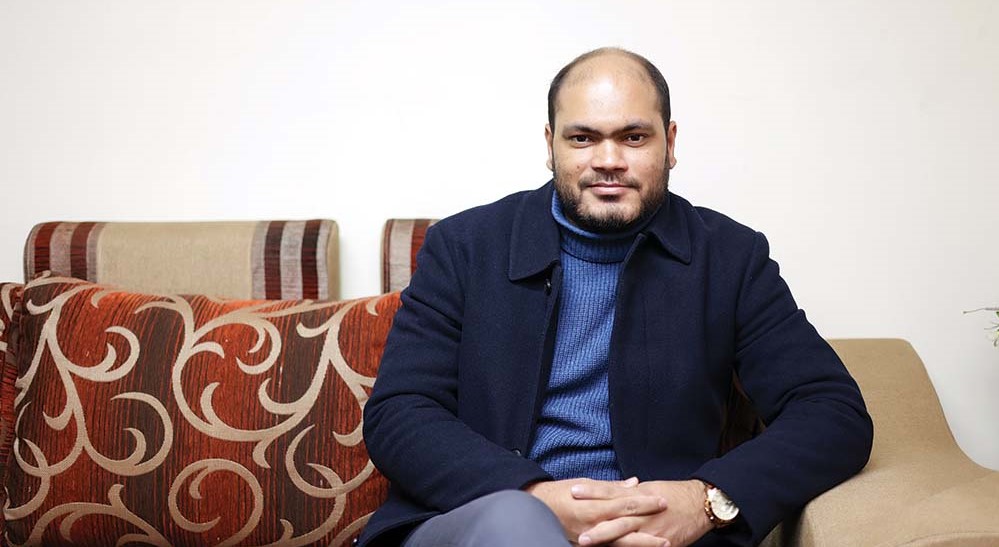 Read the original on Business 360

Sunil KC started working at the young age of 13 and close to two decades later he is the Vice President of the Nepal – India Chamber of Commerce and Industry. He is also Advisor to the International Investment Promotion Board of the Federation of Nepalese Chambers of Commerce and Industry and Member of Nepal Intermodal Transport Development Board at the Ministry of Industry, Commerce and Supplies.

KC is Founder and CEO of the Asian Institute of Diplomacy and International Affairs (AIDIA), an organisation that aims to contribute to Nepal’s foreign policy and diplomacy. Under his leadership, AIDIA’s multiple centres of fundraising, research projects, platform design, and outreach initiatives including stakeholder engagement have flourished since its establishment in March 2013.

In this edition of Business 360, KC speaks about what leadership means to him and what it entails to be an effective leader.

What’s your definition of a leader?

Is leadership in-born or can it be acquired?

I believe that not everyone is able to step up as a leader. I think the instinct for leadership needs to come from your heart. As we keep working and acquiring experiences, we are also able to build our leadership qualities. The surroundings also play an important guiding role, so leadership is not just something that comes from within. I believe that leadership can be acquired but having a natural instinct for it will definitely help overcome various obstacles along the way.

I believe my struggle is a great example of it. Around 2014-15, I came here seeking sponsorship and ran from one organisation to another. But I believed in myself and knew that one day I would create my own commercial entity. And within two years, I was able to achieve it.

Everyone I knew were established businessmen on the board of NICCI unlike me who was just an emerging entrepreneur. But I kept working hard. I think there are challenges everywhere but I see opportunities in them. When I keep solving challenges, I believe I gain more opportunities for my personal growth. Being able to convert negativity to positivity and bring people together is what I focus on in NICCI and the organisations I am associated with. You don’t acquire everything in a university, you learn new things every time through people you meet and situations you are placed in. Being able to have transformative action and positive impact are the best traits a leader should have.

Who comes to your mind as ‘an ideal leader’?

If I look at it from a business perspective, Elon Musk comes to mind. Never mind the political perspective but from an innovative leadership perspective, he started with PayPal and Tesla which were his innovations. He created a pathway for all the other digital money transfer platforms that we use on a daily basis, nobody had ever thought of this before. He is far ahead of other people when it comes to innovation and creativity. For instance, we are talking about mountain tourism whereas Musk is discussing space tourism. He is just completely on a different level and I believe he is the ideal leader from an innovative perspective.

I also take inspiration from Jack Ma. He brought about a revolution in e-commerce. Without any IT background, he was able to achieve so much on the internet space.

Could you share with us any incident that tested your leadership ability?

When I was around 15 years old during the insurgency period, Indrajit Chaudhary was in charge of the Maoists in Dang. He literally took away teens from my village to join their army. At that time, I was working as a child reporter with Radio Swargadwari FM, Gorahidhara and writing stories while I was still studying in school. Then there were only three radio stations: Radio Sagarmatha, Radio Madanpokhara Palpa, and Radio Swargadwari Dang. What I decided was that if I was able to break this story that evening at 6 pm, I could raise a lot of awareness. If I could take a byte from Chaudhary as well, I had a strong feeling that he would have to let go of the captive teens. I had to go there and record for an hour from a telephone booth during a curfew. That evening at 6 pm the story was aired. It was about 3-4 minutes long and included interview snippets of the families whose kids were taken from them along with the interview with Chaudhary. And 24 hours after that story was aired, they let go of the teens. It made me believe more in myself.

After the Maoist insurgency, there was a decade-long gap for the Maoists who were in the cantonments in the jungle and then reintegrated back into the community. We decided to provide a course on leadership in collaboration with the University of San Diego and an NGO to almost 450 cadres from two camps.

The decisions to do things like this didn’t just come about on their own, I genuinely wanted to be able to make a positive impact in society. I think, in retrospect, it was my leadership abilities even at that young age.

How important is it to have a good team to work with?

Without the right team, I don’t think an institution can stand on its own. And you need the right team made of people with diverse backgrounds and only then can a society and country prosper. I think having the right team is extremely crucial.

When should a leader hand over the leadership position?

I believe when you are in the leadership position, you should be focused on nurturing a leader who is smarter than you and provide exposure and encouragement to the next generation. When I can firmly believe that they are capable of leading an institution and are interested, irrespective of the time period it might take, I think that is the moment when a leader should hand over their leadership position.

Let me tell you a story. I had a female friend who studied with me. She asked me to teach her younger sister some work and I told her to come to my institution. She was very quiet back then as an intern. I encouraged and groomed her to study International Relations. She later went to China for higher studies and now she runs one of my institutes as a leader; all this within a time period of 4-5 years. The point is, both the parties need to be interested and an effort must be made from both sides.

I think I am the youngest member of NICCI as its Vice President. I could have been President as well but I decided that I have a lot to learn yet and only after gaining the requisite experience will I run for President. While I am in this position, I want to be able to do impactful work.

What major challenges has Covid 19 brought to businesses?

Covid has definitely had a worldwide impact, but what I believe is it has brought about a digital revolution. For instance, we used to go to the embassies to obtain our visas, but now they come on our emails within half an hour. Similarly, we used to go to banks with cheques and to ATMs, but QR codes have easily replaced them. What I mean to say is that were it not for Covid 19, I doubt the digital revolution would have accelerated this quickly. For instance, if someone wants a marriage certificate or a divorce certificate, they can easily get it digitally. This has already started being applied in various countries such as Azerbaijan. We are basically trying to implement e-governance model in Nepal, we have already worked out the proposal and soon it will come into effect. We started that back in 2018, but I believe Covid is helping to bring it about much faster.

I think the main challenge Covid 19 has brought about is the impact it has had on human health. I believe a lot of people have been mentally distraught and there is this fear inside them about Covid 19. We belong to a developing nation where people live on daily wages or look for foreign employment opportunities. This part of the population is highly impacted rather than people who are well off. I think for this reason, the government should focus more on Covid recovery programmes for small and micro enterprises and daily wage labourers.

I think I am still in the learning phase. However, I believe that in a 28-year-old organisation like NICCI, I am working as the youngest Vice President which I consider in itself an accomplishment

The trade deficit with India has been widening every year. What can be done to minimise the gap?

I believe the main objective for establishing NICCI was to facilitate trade between Nepal and India back in 1993. Promoting investment and business, strengthening each other’s economy, and facilitating transit between two countries are a few other objectives that NICCI has been focusing on since almost three decades. I think as either business persons or the government, we always started the conversation as India being our largest trading partner rather than them being our largest export partner. We never developed a narrative where we not only import from India but also export to them. And in order to fill this gap, we should identify domestic products and see which are our export strengths especially for markets in either China or India. Currently, the fastest means to minimise the gap for Nepal is hydropower. If we invest more in the energy sector, I think it will be the best component to minimise the trade deficit. Secondly, I don’t think we’ve done enough promotion of Nepal tourism as we should be doing. And thirdly, all the herbal products that are highly valued products of Nepal, have immense potential for export.

What do you consider your most significant accomplishment as a leader?

I think I am still in the learning phase. However, I believe that in a 28-year-old organisation like NICCI, I am working as the youngest Vice President which I consider in itself an accomplishment.

Besides these, I would say I still have a lot left to accomplish. 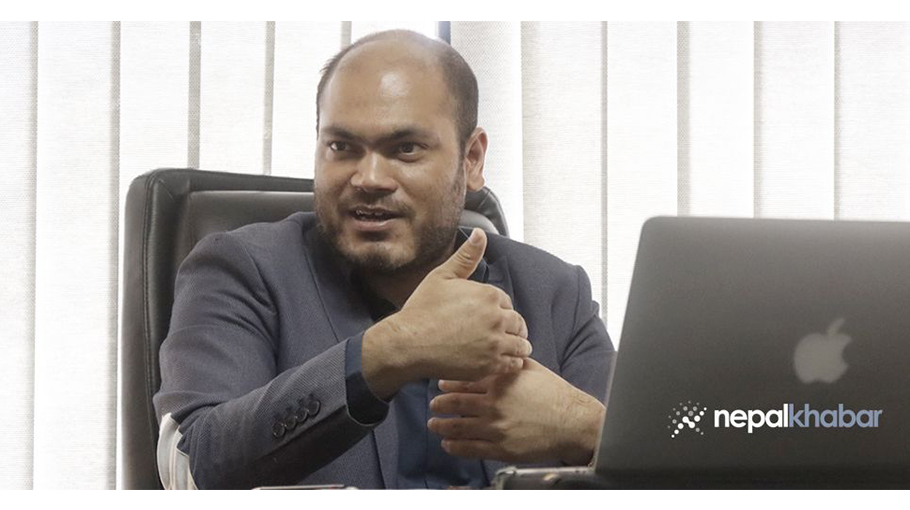