Nepal, is highly depending upon the traditional fuel sources (fuel woods, crop residue, and animal manure) despite having a huge potential of modern sustainable energy sources (hydropower, solar, and the wind) [1]. In 2015, the share of biomass in total energy consumption of Nepal (475 PJ) accounted about 78% and by modern renewable sources (except hydropower) accounted about 3% only (Fig. 1) [2]. Of the total energy consumption (475 PJ) in 2015, residential sectors consumed about 80% of total energy supply, followed by industries about 8% and remaining 12 by other sectors [2]. The data shows that Nepal is far behind the developed countries industrial developments, as it can be seen industrial consumption about 63% of total final energy consumption in South Korea in 2014) [3].

It has been estimated that Nepal has about 42,000 MW of exploitable hydropower potential [4] but about 2% of potential has been harnessed. About 30% of populations still don’t have access to electricity, however, micro-hydropower (MHP) development of the country is quite satisfactory, about 1,000 MHPs of total generation capacity of 22 MW, providing off-grid electricity access to 20% of the population [5].

Because of the poor and insufficient data, the actual potential of wind energy in Nepal is still not calculated. It has estimated that the annual average wind energy potential is about 3.387 MWh/m2, with taking 6,074 m2 of potential land for wind harness, it has been calculated that more than 3,000 MW of electricity could be generated at 5 MW per sq. km [12].

No such studies have been reported on the investigation of geothermal power in Nepal but since a long time, hot water is being used for bathing and other proposes.

Tackling the RE issues

It can be seen from the potential and harness data of Renewable energy (RE) that there is not a satisfactory development of infrastructure for utilization of the sources. The huge gap in between potential and harness demands the more investment to trigger the RE sources, it shows the huge potential for RE investment in Nepal. Several studies [13,14] have carried reported the root causes for the RE promotion barriers and have proposed ways of solving. From the studies, main issues and mitigate ways are summarized in below.

Based on the studies [13,14], it can be conclude that the research based rational analysis, developing coherent policy measures, competent& delivery oriented institutional mechanism among others should be the core focus of promoting the alternative energy resources.

In the past, the fund gap in between allocated and the essential subsidy amount was seen as one of the chief barriers to the promotion of the alternative energy technologies (AETs). For instance, it was reported, only around 10,000 households received solar systems among the targeted installation of 38,000 in the Ninth-five Year Plan (1988-2002) of the country. But with the significant increment in subsidy, the visible impact has been observed, with the average annual installation of ninety-six thousand in a previous three consecutive fiscal years, according to the statistic of AEPC. Whereas, in the meantime, experts are equally critical, that the government subsidy program for alternative energy promotion is damaging the competitive nature of the market by welcoming the incompetent firms and mishandling in procurement procedures of AETs – despite government approach of channelizing the subsidy only through Pre-qualified companies for different AETs. While realizing the various challenges in the subsidy program, with the long-term goal of ‘achieving universal access to clean, reliable and affordable renewable energy solutions by 2030’ [15] the government of Nepal has issued the Renewable Energy Subsidy Policy 2016 [16]. The core focus of the policy is to pursue the path of slowly replenishing the subsidy by credit in the long-run and enhancing the public-private partnership model in the promotion of AETs.

Institutional ineptitude within the AEPC and in its partner organization have been undertaken as the other major impediment in alternative energy promotion. The absence of the presence of caliber individuals in the system and deficiency in coordinated institutional mechanism remains as the hurdle in the process of promoting AETs. The Kagbeni Wind Power Project, installed in 1987 under the financial support of Danish government generated up to 20KW before it was shut down in the absence of appropriate maintenance. Moreover, with the involvement of many organizations in AETs, in the one hand mandates are overlapping whereas in the other hand intense coordination is lacking among the involved organizations.

In the alternative energy sector, the huge potential of wind energy had been most touted, but it was unfortunate that there were no concrete research data available about the potential capacity of Nepal’s wind energy that is technically and financially feasible. The Solar and Wind Energy Resource Assessment (SWERA), conducted by AEPC in 2008, projected that, 3000 MW of electricity can be generated from wind energy alone. Small Scale Wind Technology in Nepal is analyzed as the effective model promoting wind energy due to scattered villages in diverse geographical areas located in a mountainous region and financially feasible too. Similarly, from 2001 the AEPC had established nine stations for recording the wind data in various time periods. While taking consideration of technicalities of wind energy extraction, it varies from one location to another even within a close proximity. There is still the need of exploring all-embracing research to exploit the full potential of wind energy and other sources of alternative energy of the country.

(Sagar Kafle is a Research Fellow (Energy and Agricultrue) at AIDIA and Shyam K.C. is a Director for Research and Development at AIDIA)

[5] The World Bank. Ensuring the Sustainability of Rural Electrification in Nepal. September 27, 2015.

[8] Baral, NR., and Li, J. (2013). Perspectives on bio-butanol production from agricultural residues in the context of Nepal and its optimization. The Clute Institute International Academic Conference, Las Vegas, Nevada. September 23–25. 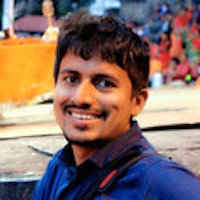