Let us start with explaining the terminologies i.e. Political Freedom and Economic Freedom.

Political freedom refers to freedom to live in a society that is based on individual’s rights and in other context freedom from the initiation of force by other men (to achieve their personal ends). It is only the initiation of force that a man’s rights be violated. Whereas, economic freedom refers to the ability of individual’s to perform economic activities. There are many approaches explaining economic liberty one of which is Classical Liberalism focusing on free trade, free market, and private property and in other context Economic Freedom includes freedom from want and freedom to engage in collective bargaining.

While reading newspaper on Sunday a question aroused in my mind; can developing nations have political freedom without having economic liberty?

The advice of Mises suddenly clicked me.

Freedom, as people enjoyed it in the democratic countries of Western civilization in the years of the old liberalism's triumph, was not a product of constitutions, bills of rights, laws, and statutes. Those documents aimed only at safeguarding liberty and freedom, firmly established by the operation of the market economy, against encroachments on the part of officeholders. From Human Action (page 283 of the Mises Institute's scholars' edition).

According to Mises statement that constitution laws bills etc aimed only for safeguarding liberty by the operation of market economy. But question arises does this market economy operate in the developing nations? Or why the developing nations lagging behind in safeguarding the constitution laws bills human rights of the nation?

In my opinion, there is lack of political freedom in the developing. Any country cannot achieve political freedom until and unless a country is economic free. As Economic Freedom “is the Foundation of All Freedom” because any nation’s constitutional amendments, attempts to pass a law will be wasted if there is no eoconomic freedom.

Let’s concerning the issues arises in the developing nations that why they are lacking behind in the race of development or economic progress. I think it’s because of no economic freedom when there is no economic freedom the markets are governed by the central government and there are entry barriers to the market so the market and economy cannot flourish. But how to make the markets free? The only point that clicks my mind is due to political freedom. When there is politically free environment then people have right to choose their leaders but due to rigging in elections people are unable to choose the leaders of their own choice. They have no personal rights. The political leaders want to achieve their own goals and meet their personal end that’s why country’s or nation’s progress/development is lacking behind.

Let’s take the example of developing nation like Pakistan. Taking the history of Pakistan and relating economic freedom to political freedom. Mentioned is the given data/table.

The above table shows the eras.

1947-58: This era was democratic. There is political freedom as well as economic freedom. But there is less economic development in that era.

1958-69: This era was ruled by Military by General Ayub Khan. As this era is military, martial law was imposed and there is no political freedom. But economy flourishes in that era.

1971-77: This era is democratic, ruled by Zulfiqar Ali Bhutto (Pakistan People Party- chairman). As in this era there is political freedom but there is no economic freedom. The economic development was very low.

1977-88: This era was ruled by Dictator Gen. Zia ul Haq. There is economic freedom but no political freedom but more development.

1988-99: This era was democratic ruled by Pakistan Muslim League- Nawaz Party (PML-N) and Pakistan People Party government; there is political freedom as well as economic freedom in that era.

1999-08: This era was ruled by military Gen. Pervez Musharraf. There is no political freedom but there is economic freedom.

2008-present: After that, this era is ruled by democratic rulers PPP and PML-N governments respectively. There is economic freedom as well as political freedom.

Now take another example of Singapore, a developed nation. Singapore is a democratic state ruled by one party, the People’s Action Party (PAP), since independence in 1965. Singapore is one of the world’s most prosperous nations.  In Singapore freedom, such as freedom of assembly and freedom of speech is restricted, but the PAP has embraced economic liberalization and international trade. Its economy is dominated by their services. According to Economic Freedom of the World Index 2017 report Singapore has scored 8.81, standing on the World’s 2nd most economically free Nation. The country’s economic growth is increasing because of economic freedom having entrepreneurial activities. The overall entrepreneurial environment remains efficient and transparent. The business start-up process is straightforward, with no minimum capital required. The labor market is vibrant and functions well, supported by flexible labor regulations. The government policies regarding housing, health and transport programs, influences other prices through regulation and state-linked enterprises.

Singapore economy is growing due to free markets and economic freedom which in turn helps to stabilize the political freedom in the nation. The government continues its ownership in the sector but has steadily been opening the domestic market to foreign banks.

The above two examples of nations may help to easily understand the importance and correlation between the political freedom and economic freedom.

The analysis shows that economic freedom is essential for the political freedom.

It is necessary for developing nations to focus on its economic freedom. Less developing nations should generate consistent policies that can strengthen freedom at the community level and also at the country level. Government should boost up entrepreneurial activities, innovation, and research in order to enhance economic freedom and should also focus on strong property rights, free trade, rule of law, free markets to bring stability and prosperity in a nation.

I would like to conclude with a statement/suggestion/recommendation that “If a government wants to provide welfare to the people and equality in the society then the government should focus on economic freedom. So a developing nation should stand and compete with the developed nations”. 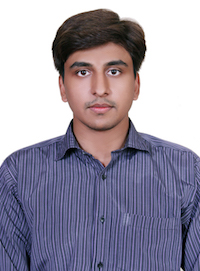