Natural resources are not unlimited but if they are used well they can aid multiple purposes. Water is one such resource, the access to which depends on geographical location and other surrounding factors. India’s geography is unique that gives it access to multiple ports in the east, west and south borders of the country which are well connected with abundant rivers of India. Nepal on the other hand has many rivers flowing from the Himalayas but is a landlocked country. Therefore its access to ports and water connectivity is limited. Water treaties are therefore beneficial for Nepal and India both but Nepal will gain more through such treaties.

Nepal and India waterways agreements are not newly developed treaties. They have been in process and under discussion for a long period of time. Time and again leaders have come together to discuss these waterway treaties to improve means of transport and aid economic relations.

In terms of Inland navigation, the Government of India identified the Ganga-Bhagirathi-Hoogly river system as National Waterway 1 in 1986[i]. Although in 1986 Koshi and Gandaki were two rivers under consideration for this waterway treaty but in recent times Gandaki is more feasible. For a landlocked country like Nepal developing functional and effective waterways is essential for transport and trade purposes. Neighbouring India is so immensely rich with water bodies and rivers it seems rational for Nepal to formulate treaties that help both of them economically and also can be used to improve trade relations.

Developing and furthering cooperation to create relations that help improve water connectivity is extremely essential. Rivers flowing through India and Nepal can aid irrigation and be used to develop hydro-power which is an untapped project. “A three-tier bilateral mechanism established in 2008, to discuss issues relating to cooperation in water resources, flood management, inundation and hydropower between the two countries” [ii] During a discussion between Prime Minister Modi and KP Oli in 2018 they concluded that additional procedures to progress with waterways treaty be added to the protocol to the ‘Treaty of Transit’ between India and Nepal[iii] however, no concrete steps have been taken in the direction to improve the existing circumstances.

Along with Nepal even Bangladesh and India have been investing more in creating efficient waterways which is also accessible to Nepal to improve connectivity. In 2016, India passed the National Waterways Act[iv] after which it developed the National Waterways 1 and 2 as Ganga and Brahmaputra river systems respectively.  India-Bangladesh waterways open up passage for Nepal to transport cargo and access the Bay of Bengal port.

The first water treaty formed between Nepal and India was the Mahakali River Treaty in 1996 to generate hydroelectric power and cheap renewable form of energy[v]. Many Nepalese rivers provided irrigation and fertile soil which attracted Indian involvement and investment as they wished to utilise these resources through mutual cooperation. However, Nepal perceived these interests as motives to exploit Nepal’s resources for their own benefits creating tension in their relations. Therefore, an agreement was reached between both countries that Nepal will only agree to treaties after securing a two-thirds majority in the parliament[vi].

Moving forward, Nepal and India came together to form a treaty on ‘Integrated Development of Mahakali River including Sarada Barrage, Tanakpur Barrage, and Pancheshwar Project’ (Subedi 1999) making it one of the most detailed water cooperation treaties for India and Nepal. The Pancheshwar Project aimed at constructing a dam on the Mahakali River that flows through both countries and generate hydroelectricity and use monsoon water for irrigation in dry seasons. The basis for this project was on a fifty-fifty share in costs and benefits. Despite these discussions, the project hasn’t been started. Multiple forums and talks have been scheduled to discuss the course of water treaties between the two countries but none have been effectively implemented. The treaty needs effective planning and outlining of details to make it operative. 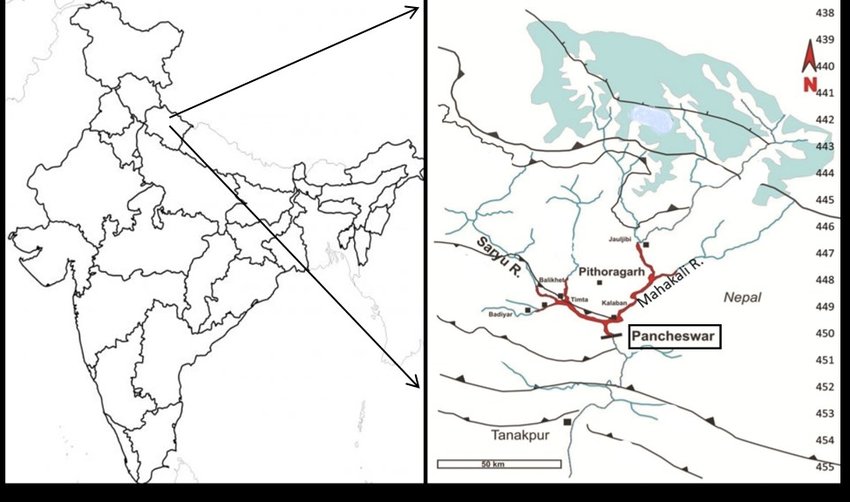 The aim at the signing of the Mahakali treaty between Nepalese Prime Minister Sher Bahadur Deuba and Indian Prime Minister P.V. Narsimha Rao in 1996 was for the Panchweshwar project to ‘produce 6,000 MW of hydro-power with the investment cost of US $ 4 billion during 8 years till 2002.’ [viii] While none of this was achieved the countries did now give up on the project. The Nepalese had seen the benefits of the Pancheshwar project which was essential for Nepal. Being land-locked country avenues that are available to those that have access to multiple ports and water bodies are absent for it and therefore this project was truly beneficial for Nepal’s development.

Despite multiple attempts, this treaty has only seen roadblocks and hurdles as not much initiative was taken after the signing of the treaty. Recently, however, Nepal and India have signed a pact to set up Pancheshwar Development Authority (PDA) [ix]which is supposed to take the project forward. PDA will have equal members from both countries to take operationalize the initiative. This project can increase Nepal’s production of power by six times. This kind of boost in its power can aid Nepal’s agricultural, industrial and other sectors[x]

Additionally, over the years both the country’s governments have set up the Joint Ministerial Commission for Water Resources (JMCWR), Joint Committee on Water Resources (JCWR) and Joint Standing Technical Committee (JSTC) to implement agreements and treaties and also address water-induced problems of flood and inundation. Joint Committee on Inundation and Flood Management (JCIFM) dealing with inundation, flood forecasting and embankments specifically[xi]. Regardless of the existence of these various committees, there is very little that has been operationalized.

The lack of effort towards these agreements has impacted Nepal more than India. Currently, Nepal depends largely on road or rail for transit and transportations however if these treaties are worked upon it can significantly reduce the time for transferences. If an inland waterways network is developed Nepal will use Kosi and Gandak rivers to export cargo to the Haldia port[xii]. Meetings took place discussing these avenues of inland waterways between the two countries in 2019 during which India agreed for Nepal to use Ganga, Gandak and Kosi to transport its cargo to Haldia port[xiii]. Additionally, this agreement allows duty-free access to Nepalese cargo and flexible tariffs for the goods being transported.

Although this agreement is a step forward in the Nepal-India waterway agreements the problems cannot be ignored. Maintaining the river ecosystem is a big challenge for India as many sanctuaries surround the Ganga with animals whose environment needs to be preserved[xiv]. The history of relations of both countries has been rocky that hinders the level of cooperation, understanding and trust required for these treaties and agreements to reach their destination.

The only way forward for the two neighbouring countries is to take these opportunities and follow through with them in an earnest manner for their own benefit. The failure to achieve these goals that have been there for two decades also provides a bad impression of both countries to not be able to achieve the end term goals. The existing avenues should be harnessed to increase the productivity of various economic sectors. These projects might require heavy investments but they would employ labourers, engineers and other technicians that can aid the economy after the adverse effects of the pandemic.

[xiii] India to allow Nepal use of three rivers for inland waterways to push regional connectivity - The Economic Times (indiatimes.com) 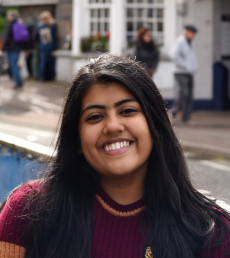