Today, South Asia is engulfed in the worst diplomatic crisis of recent times, where India and China, the two regional powerhouses are colliding. With the smaller nations all set to bear the brunt of this collision, it’s the Russian interests at stake, and it should be a Russian imperative to act as the 21st century diplomat that South Asia needs right now.

Since the starting of this century, and the rise of President Vladimir Putin, Russia has been able to establish a new position for itself in the South Asian region relying on the Russian prowess for arms production and infrastructure technology sharing. In the last half decade, Russia has entered into the realm of economic cooperation too, and pushed forward its idea of Eurasian Economic Union, looking for Free Trade Agreements with countries in South Asia. To this end, continual of harmonious relationships between different states in the region stands to be of utmost importance for Russian interests and Putin’s ambitions of regaining the lost glory of Soviet times of being the major power player and influencer in global affairs. With the current turmoil going on between India, China and Nepal, which can in no way leave other South Asian neighbours like Bangladesh, Pakistan and Sri Lanka untouched, and the inability of a pandemic stricken the US, distracted by presidential elections set to happen later this year, the region needs a third pole, an outsider, who can diffuse tempers if they go out of control.

Russia’s relations with the South Asian countries illustrate the phenomenon that in the present world, motivations are dictated by national interests (EFSAS, 2019). With India, the signing of the S-400 Triumph Air Defence Missile deal in 2018 meant strengthening of relationships in the face of the risk of sanctions from the US under the Countering America’s Adversaries Through Sanctions Act (CAATSA). In Pakistan, Russia seeks an important partner in the fight against extremism, drug trafficking and counter-terrorism operations, while at the same time, a partner for managing any potential chaos that would ensue US withdrawal from Afghanistan’s soil. This renewed convergence of interests can be exemplified through the recent call between Pakistan’s foreign minister Shah Mahmood Qureshi and Russian Foreign minister Sergey Lavrov last month where the two shared desire over forging long-term and multi-dimensional partnership, especially in face of matters like the pandemic and the Afghan peace process (The Hindu, 2020), which was being deliberated by the trio of Russia, US and China to reach a consensus on settling a negotiating package with the Taliban. In Nepal, Russia has consolidated an economic partner, who provides a favourable investment climate, is ready for joint ventures, has potential for minerals and oil exploration, and is a customer for the Russian technology like the M-17 helicopters which are distinguished as best fit for the mountainous terrain of Nepal (Neupane, 2020). In return, Russia provides a big market for Nepali labour and products like carpets, textiles and clothing accessories. For Bangladesh, Russia promises support for gas exploration and deals in aircraft, and to strengthen the relationship, has signed a Memorandum of Understanding (MoU) in 2019, regarding the aspect of trade and economic cooperation, power and energy, aviation industry, as well as communication technology (TBS, 2019). Bangladesh too is keen to get access to the Commonwealth of Independent States (CIS) market and export shrimp, leather, pharmaceuticals directly to these markets. Similarly, since 2015, signing of several bilateral agreements in various fields of cooperation such as fisheries, tourism, culture, space research and many others have created a strong environment for good relations (Materiy, 2019). Also, like Nepal and India, Sri Lanka remains a popular attraction for Russian tourists, highlighted by the fact that direct flights between Colombo and Moscow were re-established in 2018 and trade between the two had been rising till the pandemic struck.

Currently, India, China and Nepal are amidst tense confrontations related to incidents over the Kalapani issue and the encroachment in the Galwan valley of Ladakh. In 2019, when the Indian map continued to include territories claimed by Nepal, it became a popular issue in Nepal, with the hashtag #BackOffIndia trending on social media (Xavier, 2020). As seen before, for instance recently with Maldives, China has used these unpleasant topics between India and its neighbours to penetrate the economy as well as the polity of these nations. On the flip side, India’s neighbours too have at times utilized the China Card against India in order to bargain and achieve what they believe is the fair share of the relationships. As for Nepal, the country in the last few years has been strategically diversifying in order to not only reduce dependence on India but also to signal to Beijing that the time has come for Nepal to embrace the level of development in terms of infrastructure and connectivity which New Delhi has not been able to provide, even if promised. However, the recent levels of escalation between New Delhi and Kathmandu is something not seen in the recent past. To this, India’s Chief of Army Staff suggested that Nepal may be bringing up the Kalapani issue “At the behest” of a third party (Xavier, 2020). According to C. Raja Mohan, this dispute is arising at ‘this’ point of time as it is merely a symptom of the structural changes unfolding in the external and internal context of the bilateral relationship (RajaMohan, 2020). This problem, however, is appended by the fact that Nepal, one of the richest countries in the world in terms of water resources, is being eyed by India and China as a matter of bragging rights.

This is where, Russia, the 21st century diplomat finds significance in the region. Moscow has supported New Delhi on the Kashmir issue, despite Beijing voicing its concerns on the same stance as Islamabad. Going one step ahead, India has invited Russian investors to invest in Jammu & Kashmir (Sharma, 2019). This strategy is something that depends on the belief that Russia can successfully position itself as an independent player now at the world stage, especially in the South Asian region, and hence, counter China’s hegemonic rise and ambitions. The experience of this strategy can be taken from the South China Sea conflict where China and Vietnam are two of the main disputants and both have close relations with Russia. Also, Russia and Vietnam have collaborated on projects for mineral and oil exploration in the disputed territory and Russia supplies as high as 93 percent of Vietnam’s arms imports (Kapoor, 2019). Thus, in case of any flare ups, Russia can present itself as a mediator, while keeping the neutral stance on the issue due to not having any territorial claims, while on the other hand, China will have to take into consideration the Russian interests before taking any aggressive step in the region. Similarly, Russian growing presence and its establishment as an independent entity can be witnessed in Bangladesh where Bangladesh’s first nuclear power plant at Rooppur is being built near Dhaka by Russia in collaboration with India, even though Beijing had been eyeing the nuclear sector in Bangladesh before Moscow won the race by speeding up the agreement process (Sharma, 2019). This needs to be replicated in Nepal where Russia’s presence can act as the balancer against China and India.

From Moscow’s point of view, Nepal has huge potential in the sphere of energy, especially in hydropower sector which can benefit Russian investors and through this, Nepal can benefit by earning revenue as there remains a huge energy demand in the immediate neighbourhood (India and Bangladesh). From New Delhi’s point of view, the increased presence of Russia would calm the discomfort associated with the possibility of Nepal slowly becoming a Chinese satellite state through increased political clout via economic domination. From Kathmandu’s perspective, the country has everything to gain and nothing to lose in this scenario as an enhanced Russian presence will not only enable it to perform strategic hedging against India and China more efficiently and have an arbitrator in case of any differences that may arise because of Indian and Chinese role in Nepal but also, Nepal would find in this a potential solution to develop its infrastructure and economy in a way that would be acceptable to all the state actors involved.

Much will depend on Russian president Putin and how he sees Russia’s role in South Asia going into the third decade of the 21st century. With a referendum set to happen this month, where he would be expecting the Russians to enable him to extend his reign possibly till 2036, a new era of Russian influence is possible if Moscow seizes the moment and takes on the mantle that it has for so long desired for. 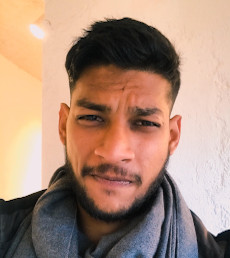 The History of Soft Power Contest in Nepal: China Vs India

Harlequin Feminism: The need of feminism in 21st century with changing global outlook