As Roland Bleiker rightly said in his article ‘The Aesthetic Turn in International Political Theory’ (2001) that, ‘the inevitable difference between the represented and its representation is the very location of politics’ (16) [i]. This paper illustrates how the popular understanding of the powerful masses creates an even more powerful and convincing discourse for others to follow. Using the exceptional works of Maryam Khalid (2011) Gender, orientalism and representations of the ‘Other’ in the War on Terror, Global Change, Peace & Security, an article which explains the construct of the orient by the populist masses of the west and how the intervention in the middle east by post-cold war hegemon the USA has been strategically justified. Further to get more primeval evidence as to how the west has differentiated itself from the rest of the world (which later they explored and invaded) by the use of western lenses of civility, modernity, and development, it uses an essay by Stuart Hall (1992), "The West and the Rest" which beautifully elucidates such paradigms of the west and the rest along with their representation leading to a popularly believed stereotypical discourse. Lastly, this paper involves references from an article by Mubarak Altwaiji (2014) “Neo-Orientalism and the Neo-Imperialism Thesis: Post-9/11 US and Arab World Relationship” this article explores a twenty-first-century phenomenon called “neo-orientalism,” a style of representation that, while indebted to classical orientalism, focuses on “othering” the Arab world.

Using representation for showcasing a negative image and building a feared persona of an area along with its inhabitants and the set of ideas that they follow is also a sagacious way to reinforce a discourse. Stuart Hall (1992) gives us subtle evidence written by J.M. Robert who is a British historian and well renowned for world history about how representation can shape a feared and low esteemed image of far-flung lands. Robert (1985) argues that " To the north, there was nothing- or worse… barbarian people who, until civilized by the church, were only a menace and to the east, across the plains, there were barbarians on horseback: Huns, Mongols, and Tartars" (196)[ii]. We always vilify what we don't understand and fully know, this is exactly what happened in case of explanation of Rest by the West. A European historian described the people living in the east and north as uncivilized, brutal and fearsome as if they lived like early humans whereas in west (Europe) people were civilized, modern and educated. Thus, creating a feared and poorly represented image in the eyes of those who never even been to the east and north. By looking down to people of east and north, a discourse of how powerful, advanced and developed west was displayed. Even if we talk about much recent discourse about the rest it has not much changed. In addition to the above, evidence used by Altwaiji (2014) written by famous American professor Edward Said (1997) also helps to strengthen the fact that the creation of fear has been part of establishing a discourse. Edward Said (1997: 55) argued that “Islam represents a resurgent atavism, which suggests not only the threat of a return to the Middle ages but the destruction of what is regularly referred to as the democratic order in the western world.”(317)[iii] Thus, building a strong discourse justifying their outlook and labelling the ideas followed by orient people as a threat against humanity.

It is not always necessary to use a representational construct of fear in building a discourse, sometimes descriptions cultural artefacts also help in cultivating a strong belief.  Stuart Hall (1992) in his essay, "The West and the Rest" mentions a vivid description of a painting of 16th century named ‘Europe encounters America’ painted by an artist named Van Der Straet (who born in Belgium) showing the encounter of a European explorer Amerigo Vespucci with his newly explored land and describes it as, "new continent was often allegorized as a women- naked, in a hammock, surrounded by the emblems of exotic landscape: strange plants and animals and, above all, a cannibal feast" (210)[iv]. The painting is described in a way that represents the newly discovered land as a feminine figure which is beautiful, naïve, fragile, natural, exotic and paradise, which further strengthens a distinctive image of Europe as masculine, strong, advanced, clever and developed. This gives us a hint of how exploration and conquest were used for gender-based distinction with sexual pretense by Europe through accounts of their exploration encounters overseas to distinguish itself as a firm and powerful figure. The discourse of power projection using travel experiences and one-sided accounts of explorers continues even today. But with modern times the technology has become much sophisticated. But the facts are still needed to back a strong representation so that it can strengthen a discourse and what better way of doing so in modern times then using the mass media and creative invention of men i.e. photography. Maryam Khalid (2011) in her article, mentions vividly descriptive images and writes “I draw on three particularly prominent images from the War on Terror – the image of the ‘veiled oppressed Muslim woman’, images of US soldier Jessica Lynch’s ‘rescue’ from Iraqi forces, and photographs of prisoner abuse at Abu Ghraib prison”(16)[v]. The western saviours i.e. the USA had used several pictorial examples for justifying its conquest and intervention in the middle east. The imagery of the veiled woman on the cover of the Times Magazine, rescue images of female US soldier Jessica and the barbaric scenes of Abu Ghraib prison all were interpreted as the fault of the barbaric and brutal uncivilized male of the lands on which the US launch the war on terror. These images were very strategically used by the US media and government officials in order to justify their intervention in the region of the middle east and showcasing themselves as the saviours of those who can't save themselves (civilians mainly women of this foreign land). In this way creating a strong discourse against the people of the east, in turn, representing themselves as the true saviour of the people and bringer of justice as well as peace. So now if we were to look at the ways one can strengthen and consolidates a discourse then it can be by using a modern invention to one’s own advantage, interpretations of paintings and other pictorial pieces of evidence or by simply portraying other as less worthy.

Today, with all the possible advancement and development of the society our core beliefs influenced by age old religious ideologies play a significant role in how we perceive and recognise others. This is why dominant power wearing masks of modernity and democratic settings use religion to their advantage. Khalid (2011) in this context use work of Ziauddin Sardar who is a British- Pakistani scholar and a writer specialising in Muslim thought as well as science & cultural relations. Sardar (1999) contemplates that ‘from film to fiction, foreign policy to polemics, Islam is seen and evoked as a “problem”, resulting in an impasse: Islam as an insurmountable obstacle between Western civilization and its destiny: globalization’(18)[vi]. Describing the ways and means that where strategically used to identify a particular religion as problematic and a hurdle in the pinnacle path for glorious western civilisation. Not only pre-recorded thoughts give such evidence against a particular religion but also firm beliefs and perspective of national leaders affects the general discourse towards a particular through the process and also towards those who follow it. In this respect, Altwaiji (2014) gives reference to the Canadian prime minister’s statement to CBC news (2011) that “Islamic terrorism is the greatest threat to Canada’s security” (316)[vii]. This statement was made in support of the American War on Terror in the Middle East. Thus, the general extremism leading to terrorism is not a general belief but is specifically leached on with a religious ideology of Islam. Hence, labelling a religion followed mostly by Easterners root cause of violence and justified its removal and suppression. 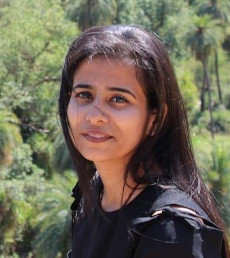