Viral tragedy in the Islamic Republic of Iran

The spread of a virus, as fatal as the Coronavirus, constitutes an enormous threat to mankind anywhere in the world. The beginning of the new decade observed the entire world plunge into an extraordinary global public health crisis, the first of its kind in centuries. A respiratory disease, popularised worldwide as the Coronavirus broke out from the Huanan Seafood Market in the Chinese province of Wuhan and eventually trickled into every corner of the world[1]. The politically instable and disturbed region, such as the Middle East was not an exception. Within two months of the viral outbreak, the Islamic Republic of Iran acquired the second position after China, in terms of the worst affected countries and emerged as an epicentre of the epidemic[2]. The country which had for so long been debilitated by international sanctions and economic fallouts now wrestled to cope with a health emergency. What further exacerbated the plight of Iranians was a belated, haphazard government response to counter the looming threat and politicisation of the invisible enemy by leaders to gain political dividends.

The initial outbreak of the global infection:

The location of Iran is several thousand kilometres away from the original epicentre of the global infection. How then did the invisible global enemy reach the Islamic Republic? Iran reported its first confirmed case of Coronavirus on February 19, 2020[3]. Reports from the authorities suggest that the widening outbreak began in the holy city of Qom and the authorities acknowledged the presence of the virus only after the city reported two COVID deaths. According to Iranian Health Minister Saeed Namaki, officials had credited the spread of the virus to a merchant who travelled back to Qom from China earlier that month. The holy city is frequented by hundreds and thousands of pilgrims daily and by the time the government realised the real numbers, the virus had been looming largely over the region. By mid-March, Iran became the worst affected territory outside of China with the highest number of cases and an astonishing death toll. Numbers that poured in from the infected region pegged the mortality rate at more than 10 per cent (higher than most other countries) as opposed to a mere 2 per cent in the Chinese epicentre[4].

A case of political ignorance:

Despite already rising numbers, Tehran was engulfed in massive domestic and international suspicion with several analysts accusing the officials of deliberately suppressing information and hiding the real numbers[5]. Notwithstanding the severity of the infection and international emergency crisis, Tehran was hesitant to close down all religious shrines which attract thousands of pilgrims daily and refused to implement quarantine measures. In fact, Iraj Harirchi, the deputy Health Minister claimed that “quarantines belong to the Stone Age”[6]. The Rouhani regime was accused of providing inaccurate information which made it difficult for the country with bare resources to cope with the virus. While already succumbing to the rapidly spreading viral disaster, the month of February witnessed huge rallies to commemorate 41 years of the Islamic Revolution of 1979. In an attempt to successfully anticipate a massive turnout at the February elections, the Rouhani government tried to play down the lethality of the outbreak and Supreme leader Ali Khamenei urged civilians to come out and vote[7]. Criticising the Iranian regime, journalist Graeme Wood, who covers Iran for The Atlantic, wrote, “Iran’s government told people that the United States had hyped COVID 19 to suppress turnout and Tehran vowed to punish anyone spreading rumours about a serious epidemic.”[8] Had the election propaganda been put on hold and extreme social distancing protocols implemented, the country would have been able to slow down the epidemic instead of being completely paralysed by it.

Another very important factor that made civilians more vulnerable to the pandemic was the devotion of intense religious believers. The genesis of the virus in Iran lies in the holy city of Qom that is home to a number of religious clerics and seminaries hailing from the Shia sect. Ayatollah Khamenei who refused to acknowledge the seriousness of the problem delivered a sermon on March 22 where he said that the ones responsible for spreading the virus are “human enemies” or “evil spirits”[9]. A representative of the Ayatollah, Mohammed Saeedi urged civilians to not only defy the virus but also perpetuate their religious practices[10]. It is only foolish to expect the local imams who believe that “God will protect you, come what may”, to strictly abide by social distancing norms if imposed. Horrific videos and images of devotees that have been circulated widely show them licking the walls of the shrines in an attempt to remove the virus in the cities of Qom and Mashhad[11]. Such incidents only highlight the real depth of the lurking extremism and fundamentalism prevalent in that society. The first proof of such rooted fundamentalism came a day after Iran announced the closure of two shrines—Shiite Imam Reza and Fatimah bint Musa on March 16. Angry protestors gathered around both holy sites attempting to break through locked gates and forcefully enter the shrines[12]. Thus, with a pandemic lurking significantly over the region, the officials have compelled religion to take a back seat for the time being.

Where did Iran go wrong?

Already fuelled by religious extremism, Iranian officials were accused of mismanagement of resources and meddling with accurate information. The virus which doesn’t respect borders or sections within the society has even touched the political elite. On February 24, Deputy Health Minister Iraj Harirchi appeared on camera during a press conference to preach that the condition was stable. While speaking, he was seen coughing several times and sweating profusely; reports suggested that he tested positive for the virus the next day[13]. By mid-March, Iran confirmed that nearly 8 per cent of Members of Parliament had tested positive[14]. Additions in the number of cases affecting the top ranks of the government such as a member of the Expediency Council and advisor to the Ayatollah, an aide to Foreign Minister Mohammad Javad Zarif and Vice President Masoumeh Ebtekar makes the list astonishingly large[15]. In spite of inefficacious government response to combat the spread of the pandemic, President Hassan Rouhani announced in a cabinet meeting that the country had embarked on the right path in their fight against the virus. The regime further thanked frontline healthcare workers whose utmost dedication had made it possible for cases to be on a downward trajectory[16]. However, real images from inside the country suggest otherwise. Videos and images circulated widely on social media showed dozens of bodies wrapped in black bags, lying on the floor of the Behesht-e-Masoumeh morgue in Qom[17].  Attempts to cover up the scale of the outbreak drew in allegations towards the regime. The denial approach gave way to many infected senior officials and a decision to implement a lockdown.

Tehran has continued with its anti-western rhetoric of accusing the United States of fear-mongering. In fact, in his statement, Rouhani claimed that “We shouldn’t let America mount a new virus on top of Coronavirus that is called ..... extreme fear.”[18] In 2018, the US under Donald Trump had pulled out of an Iranian nuclear deal (JCPOA[19]) and imposed sanctions on the country. These sanctions have taken a toll on its oil exports and also cut off Tehran from the international financial system. With bare minimum resources at its disposal, Iran found itself in a crisis heightened by 41 per cent inflation, rising unemployment and a shrinking economy. Iran’s special envoy to the United Nations has accused the US of imposing immoral and illegitimate sanctions on countries like Iran, Syria and Yemen[20]. This makes matter worse for these impoverished nations at a time when the world is anticipating a global response to combat a common threat to mankind. Tehran has reiterated that unless US sanctions are lifted, the Islamic Republic will have to struggle with both the virus as well as imports of essential medical equipments. Iranian Foreign Minister Javad Zarif heavily criticised Washington for its shift from ‘economic terrorism’ to ‘medical terror’ for its refusal to ease the sanctions[21]. Tehran also claimed of having filed a lawsuit against the United States in the International Court of Justice for its refusal to lift the sanctions[22]. In the wake of such unprecedented times, Iran has reached out to the IMF for a $5 billion loan to help it in its fight against the pandemic which has further been blocked by the States[23]. US Secretary of State, Mike Pompeo disregarded fabrication of facts by Iran and responded by saying that the US had offered unconditional medical aid to Iran which was declined by the country itself[24]. However, Iran seems unlikely to let go of its anti-US narrative with Interior Minister Mohammed Reza Rahmani Fazli emphasizing that the country is adequately equipped with medical equipments and facilities and doesn’t look up to Trump administration in its battle[25].

The inevitable arrival of the COVID 19 pandemic has affected almost every part of the world although disproportionately. The trail of implications that it is set to leave behind will be long lasting and will call for world leaders to rethink and redefine their goals and strategies for the next few years. The Islamic Republic is all set to encounter a vast number of social, economic and political challenges once the virus takes an exit.

[Author’s note: This article covers the period between February 2020 and July 2020. Developments beyond the period in terms of events and data are beyond the scope of this article.]

[1] Woodward, A. (2020, January 23). The outbreaks of both the Wuhan Coronavirus and SARS started in Chinese wet markets. Business Insider

[4] Ghitis, F. (2020, February 27). How a Coronavirus outbreak could add to Iran’s many troubles. World Politics Review. 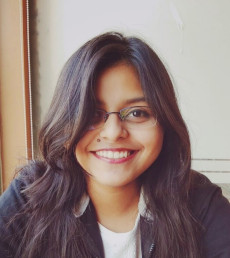