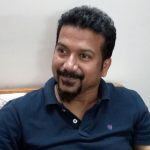 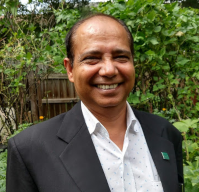 G20, the group of developed and emerging economies, manages the world economic order, V20 or Vulnerable Twenty Group of Ministers of Finance, representing most vulnerable countries of climate emergency, asserts climate justice within the global financial edifice. While G20 is engaged in conversations in tackling ‘climate change’, V20 is facing the ‘climate emergency’.

The emergence of V20 underscores the uncertainty of global commitment to address climate change agreed, approved and adopted at UN sponsored framework convention on climate change. While the V20 countries are at the receiving end of climate catastrophe, the much needed targeted financial allocation for climate adaptation and resilience is oddly inefficient, consequently putting the communities and economies at risk. Climate change is posing the serious security threat to V20 countries and its populace.

Establishment of V20 in 2015 in Lima by the 48 (presently) member countries of Climate Vulnerable Forum (CVF), in conjunction with World Bank/IMF Annual Meeting, focuses substantially on structure, process and outcome of global climate finance and other means of implementation of Paris Agreement, particularly, investment in climate resiliency and low carbon development pathways. V20 collectively aims to promote mobilization of public and private climate finance from wide ranging sources and seeks development and implementation of new, improved and innovative approaches for climate finance and climate actions.

Despite dialogues with G20 under the G20-V20 format and subsequent demand for phasing out fossil fuel subsidies and coal power projects, the recently concluded G20 Osaka summit was indication of delaying global climate commitments by ignoring the challenges and predicaments faced by V20.

Underlining importance of efficient, accessible and predictable resources for climate protection, the V20 demands actualisation of global climate finance commitment, in particular the US0 billion per year from 2020 by developed countries. V20 also prescribes for accelerating progress towards an equal balance of resources for adaptation compared with mitigation by next year. A conservative estimate suggests that adaptation cost will be 0 to 0 billion per year by 2030. However, actual commitment of public adaptation funds continues to be less than $ 25 billion so far. Precariously, those in greatest need of assistance, as V20 countries and their communities, still compete to access funds in certainty, receive unreasonably small amount and either have little to no say in the allocation of such dedicated resources.

Despite dialogues with G20 under the G20-V20 format and subsequent demand for phasing out fossil fuel subsidies and coal power projects, the recently concluded G20 Osaka summit was indication of delaying global climate commitments by ignoring the challenges and predicaments faced by V20. However, the V20 countries, at climate change negotiations and beyond, elevated awareness around importance of including the 1.5 degree Celsius goal in the Paris Agreement. Representing more than 700 million voices of vulnerable communities at world stage, V20 has been relentlessly in conversation with all countries to step up their climate ambitions and commitment. Despite their fragile economies, V20 has already demonstrated climate actions through their ambitious respective NDCs (Nationally Determined Contributions).

All South Asian countries are member of V20 except India (as observer) and Pakistan. As the visibility and its contribution in negotiations and actions are growing in addressing climate change, collectively South Asian countries within V20 could be a potential block during climate negotiations that reactivate SAARC (observer in UFCCCC). Leaving behind the politics of development finance, mobilisation of adaptation and resilience finance is crucial for the most vulnerable. For V20, climate emergency is a survival question.

In recent decades climate change vulnerability is highly discussed domain because of its alarming threat to human as well as to all living being’s survival system. Conceptually, Vulnerability is “the degree to which a system is susceptible to, or unable to cope with, adverse effects of climate change, including climate variability and extremes. Vulnerability is a function of the character, magnitude, and rate of climate variation to which a system is exposed, its sensitivity, and its adaptive capacity” (IPCC, 2001:995). Sensitivity is “the degree to which a system is affected, either adversely or beneficially, by climate-related stimuli. The effect may be direct (e.g., a change in crop yield in response to a change in the mean, range or variability of temperature) or indirect (e.g., damages caused by an increase in the frequency of coastal flooding due to sea level rise).” Adaptive capacity is “The ability of a system to adjust to climate change (including climate variability and extremes) to moderate potential damages, to take advantage of opportunities, or to cope with the consequences.” (Brooks 2003:5).

The individual countries (V20s) are not being able to overcome from the neighborhood blame culture (the problem created by south, they should solve, or by north they should pay for that etc.).

The climate change impacts are alarming particularly to the geographically vulnerable ecosystems (countries). With the realization of this fact The Climate Vulnerable Forum (CVF) was established in 2009, as an international cooperation group comprised of 48 developing nations from Africa, Asia, the Caribbean, Latin America and the Pacific, with the objectives to tackle global climate change through collaboration on common goals, communications and the sharing of expertise and experience (Climate Action Network 2019). CVF is also called V 20, because it was first supported its 20 members - Afghanistan, Bangladesh, Barbados, Bhutan, Costa Rica, Ethiopia, Ghana, Kenya, Kiribati, Madagascar, Maldives, Nepal, Philippines, Rwanda, Saint Lucia, Tanzania, Timor-Leste, Tuvalu, Vanuatu and Vietnam (Eckstein 2019). CVF is supported and backed by the United Nations, World Bank, All Development Banks and agencies, as well as the countries of fragile ecosystems. The impact of climate change on those counties is already hampering on (Food) agriculture pattern (change on production pattern and yield), Water (change in rainfall – annual runoff, groundwater recharge), Health (deaths from climate change induced diseases, change of length of transmission season of vector-borne diseases), Ecosystem services (change of biome distribution, change in biodiversity distribution – or loss of biodiversity), Human Habitat (change of warm period- drastic weather change, change of flood hazard, landslide, hurricane) (Chen 2015) and many more. In another words, it is established notion that major climate change impacts are Ozone layer depletion; Global warming; and Loss of biodiversity. As such each of these problems has negative impact on life on earth. For example, Ozone layer depletion has Effects on Human and Animal Health (i.e. eye diseases, skin cancer, infectious diseases); Effects on Human and Animal Health (increases radiation could change species composition, or change in plant forms); Effects on Aquatic Ecosystems (affect the distribution of phytoplankton’s, reproduction system alteration); Effects on Bio-geo-chemical Cycles (affect terrestrial and aquatic bio-geo-chemical cycles); Effects on Air Quality (can increase both production and destruction of ozone and related oxidants such as hydrogen peroxide-which can have direct adverse effects). Similarly, another problem is global warming which more severe. Evidence shows that Global temperature increase 0.3-6 within last 100 years, and major contributor for this change are we the human. Globe is warming, and main cause is greenhouse gases (GHG) causing global warming is carbon dioxide. The evidence of global warming is Rise in global temperature and Rise in sea level which ultimately affecting ecosystems of the planet. There is inevitable relationship between agriculture and environment [the surroundings or conditions in which a person, animal, or plant lives or operates (web ), it also covers, climatic condition, its pattern and change). Human existent and civilization began with the development of agriculture which fully relies on climatic variations of specific location of Earth Surface. All of us, have been witnessing the variation and change on climate one way or another. With no doubt, We, the humans are directly or indirectly responsible and have been contributing for this climate change, wherever we live or do; however, the degree of contribution and impact may vary. As a matter of fact, many initiatives and steps have been taken at the international to individual levels [various international treaties, policies, actions, etc. However, still there are unmeasured and unexplored issues on “how climate change has already impacted and will affect the lives support ecosystems” (Bhandari 2019).

The impact of climate change did not appear at once, as matter of fact it has long roots; history and connections. The vulnerable countries (V20) countries are mostly victims of the byproducts of industrialized world. It is not wise and right time to blame each other, however, it is time created harmonious relationships among V20 plus all nations to minimize the impact of climate change from local to global level. We need to resolve these problems as they have emerged (by addressing the root causes-though alternative production / innovation/ creation/ alteration/ adaptation and empowering the victims or prone to victimize). We need to develop practical global strategy, which can be implemented within given time. There have been many international commitments to resolve the global crisis on environment, health and food crisis, however, practical implementation part is weak. The implementation part depends on the leadership of individual countries. The individual countries (V20s) are not being able to overcome from the neighborhood blame culture (the problem created by south, they should solve, or by north they should pay for that etc.). In addition, at the global level there is no specific program for the citizen empowerment. Until or unless, citizens do not have any stake in resolving the crisis, we cannot imagine implementing any program at the ground level, where actual problem is situated. There is a strong need of long-term commitments, devotions, and actual work at the ground level. To tackle challenges of climate change, it is essential to focus on diverse response options and instruments for possible solutions. Emphasis must be placed on increasing responsibilities of all stakeholders and more cooperative efforts towards ensuring a healthy environment in the future. Increased awareness of ecosystems and new market-based systems will prove to be important mechanisms in dealing with environmental issues (UNEP-DA (2009).