It has been 63 years since the establishment of diplomatic relations between Nepal and China. Economic cooperation is one of the most important dimensions of Nepal-China bilateral relations. Sino-Nepal economic relation was established in ancient times as a local trade between Tibet and Kathmandu. The first attempt to enhance the economic cooperation between Nepal and China was legally made only after the signing of Agreement on “Economic Aid” between two countries on October 1956. For Nepal, business with China has been booming in recent years.

In 2006 the trade volume between Nepal and China stood 268 million US$, with 36.5% increase over previous year. The statistic has doubled since recent years though the trade balance is largely slanted towards China. According to data published by Ministry of Finance, Department of Customs in the fiscal year 2014/15 the total trade volume between Nepal and China was NRS 101billion and in fiscal year 2016/17 it was above NRS 131 billion. Similarly, there has been massive growth in the investment from Chinese private as well as state owned firms. Although India stands ahead of China when it comes to trade volume making China number two, the foreign investment sector has been overtaken by the Chinese counterparts in Nepal.

China has experienced spectacular economic growth and has become a major FDI recipient country. But it is not exclusively focused on attracting FDI; it is progressively investing on foreign market for comprehensive growth. The Chinese Government initiated the “go global” policy in 1999 and actively encourages Chinese firms to invest abroad. Since 2002 the Chinese Outward Foreign Direct Investment (OFDI) flows have grown gradually and in between 2007 and 2008 it was more than double when the Chinese investors took the advantage of the crisis because they were in better financial positions then their competitors from other nations.

More importantly President Xi Jinping announced the Belt and Road Initiative in 2013 the largest infrastructure project since the Marshall Plan aiming to modernize the ancient Silk Road. And Nepal signed Memorandum of Understanding on China’s One Belt One Road (OBOR) initiative with China in May 2017 which has given momentum for Sino-Nepal economic activities.

China already made the largest commitment of above USD 8 billion at the Nepal Investment Summit which was held in March 2 and 3, 2017. On the other hand, Nepal received a substantial humanitarian aid from government of China following the devastating earthquakes of 2015. China also pledged 3 billion RMB grant for the post earthquake reconstruction programs. The Government of Peoples Republic of China has been providing assistance to the Government of Nepal under the bilateral Agreement of Economic and Technical Cooperative signed between the two countries and always has been Nepal’s reliable partner for development. China pledged NRs 326 Million as grant and loan assistance to Nepal for fiscal year 2015/16.  Nepal and China has also signed various MOUs and agreements including the Transit and Transport Agreement guaranteeing Nepal’s access to the world by using Chinese territory and sea in 2016.

China is one of the highest FDI recipient countries as well as a major foreign investor. Nepal received highest amount of FDI pledge from China in 2015-16. China with strong record of implementing projects has been able to execute some projects like Upper Marshyangdi A Hydropower Project, Upper Madi Hydropower Project, Restoration of Araniko Highway, and there are ongoing projects like West-Seti Hydropower Project, Kathmandu Ring Road Improvement Project and many more. There are also major investments of 359.2 million USD by Hongshi Holding Group of China and 140 million USD by Huaxin Cement of China in cement industry of Nepal. A china backed foundation called Asia Pacific Exchange and Cooperation Foundation (APECF) is leading a project worth 3 billion USD to convert Lumbini, the birthplace of Lord Buddha, into a ‘cultural zone’.

Despite the fact that Sino-Nepal Relations has always been close and cordial, Nepal has not been able to tap the full range opportunities of being the neighbor country of China. There are ranges of arguments for Nepal’s inability to tap opportunities including political instability/prolonged political transition, structural scarcity (institutional and policies), poor infrastructure, resources etc. However, the completion of federal and provincial elections in December 2017 marks the end of lingering political transition and beginning of new economic future of Nepal. There are hopes for attracting new investments from abroad in various sectors.

The Chinese experience of FDI is of rational significance too. Despite of all its all uniqueness in the economy and market structure Chinese experience in utilizing FDI in the economic development can be a significant case for Nepal to study and learn for development. Nepal is at favorable position for attracting Chinese OFDI as it shares its northern border with China. The availability of cheap labor force and abundant natural resources make Nepal an attracting investment destination for Chinese investors.

This article was published in Karobar National Economic Daily 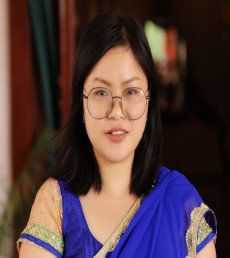