Is economics driving world politics or is it the other way round?

The agent of structural change in the world, extrapolating from theories of International Relations and International Political Economy and analyzing the events of past few weeks, are the interactions of power in the language of politics. This power can be either relational or structural, i.e. the power of a state can be measured either in terms of its relation with/influence on others in the system or as an intrinsic structural property of the system which through the rules/norms of behavior and engagement categorizes states within the power structure of the world. It is important to note however that both these expressions of state power viz. relational and structural are not just influenced by politics but by economics as well. Although economics plays a vital role in shaping aspects of state power, it is the language of politics and ideologies that acts as the basis and mode of expression to arrive at economic decisions.

Before elucidating some examples from recent past to support the claim that world politics drives economics, we should take a look at and understand very briefly the patterns that are emerging on the global scale for the last few decades. We see interesting pointers to the fact that after the onset of the era of neoliberalism during the Thatcher and Reagan years, geo-economics began to influence geopolitics in many more ways than before and started to predominate the exchanges between states, evidence of which is signified by snowballing volumes of trade, investments and capital flows post 1980’s. This, albeit an important change, was also a product of geopolitical fallout marked by the end of Cold War and the collapse of an alternative economic model driven by a revolutionary political ideology (that of Communism). It brought about new rules, institutions and normative frameworks (constitutive of the structure of power and the power relations that it entailed) that resulted in the predominance of geo-economics over geopolitics through theoretical/conceptual accounts of scholars like the Washington Consensus by John Williamson and policies by Bretton Woods institutions like Structural Adjustment Programs (SAPs).

This trend that has lasted since has been challenged by developments like the Eurozone crisis and Great Recession of 2007/8, which have resulted into a re-politicization of economic models with BRICS Development Bank and Asia Infrastructure Investment Bank being two responses of note in the recent past. They seek to model economic governance along the aspirations of the developing and emerging economies, thus, giving a shape to political demands of a number of countries.

Moreover, be it the proliferation of the climate change or the humanitarian regime, the expressions/demands of a political nature by ever-proliferating non-state actors, or even behavior of states towards each other, the past couple of years indicate a growing shift towards politics trumping economics in the consideration of actors on the world scale.
Let us consider the recent intervention of Russia in the Syrian crisis wherein it plans to give continued military assistance to Syrian President Bashar al-Assad and his regime and even appealed to other nations around the world to join him. The Pentagon said that Russia appears to be setting up an air base in Syria, days after U.S. officials alleged that Moscow sent tanks and artillery to back the regime.3 Add further its ventures and exploits in Ukraine and an obstinate stand to not back down from Crimea, Eastern Ukraine and Syria in the midst of a deluge of economy-enervating sanctions against it by the West. It would seem highly unreasonable for a rational choice theorist to undertake such adventures without accounting for potential short-term or long-term gains. And such an intention on the part of Russia cannot be completely overlooked. Yet, it is more likely that these assertions of a waning power and the drawing of geopolitical battle lines between the West and Russia are a reflection of deeply ideological (the ideology not necessarily being communist but just different from the West), egoistic and politically held beliefs which were subdued since the end of Cold War but are finding their expression in a strongman leader Vladimir Putin.

The Islamic State and the Taliban are other examples of a particular political ideology driving the idea of not just how a society and its economy ought to be organized but also the violence that challenges the existing realities of the world characterized by Western liberal principles. The incentive is not financial aggrandizement for these cadres or their leaders (although this possibility cannot be entirely rejected) but accomplishment of a political project infused with extremist theological indoctrination.
Cuba and Iran offer other vivid examples of how political decision making is highly instrumental in shaping the economic choices that a nation takes. The absence of any sort of rapprochement with either of the two countries by the United States and vice versa until now is another example of deep-seated political positions trumping economic gains. Of course, Iran and Cuba can be said to have benefitted more from the opening up of their economies and giving in to the demands made by the US, they chose particularly irksome positions even if it meant economic compromise.
The politics of aid witnessed during the Nepal earthquake offers a revealing account of how both leveraging political soft power on the part of some donor countries (e.g. India and China) and exercising genuine humanitarian politics by some others (e.g. Japan and the EU) overlooked immediate or even long-term economic benefits. The focus, rather, was on establishing friendly political ties and perceptions as well as enhancing national prestige on the global scale.
Japan too offers an interesting insight on how the post-war legacy of a pacifist constitution designed to garner economic might is experiencing a shift due to the nationalistic politics of Abe and his right-wing support base. Bashar-al-Assad’s policy of choosing political preservation driven by ethnic considerations with support from foreign backers like Iran and Russia over safeguarding his private wealth and property reiterate the very intrinsic and personal propensity among actors of identifying with a political cause and not an economic or even a purely religious one. In fact, it is the politics over religion that is shaping most of the current events in the Middle East and Eastern Europe across the Mediterranean, including the war cry issued by Romania, Slovakia and Hungary over the refugee crisis in Europe (with Slovakia unwilling to accept Non-Christian refugees).
It is therefore observable during the past month that politics has been the essential driving factor on world scale, not only shaping economic interactions between actors but also highlighting the intrinsic nature of states as well as human beings as being primarily political in their actions. 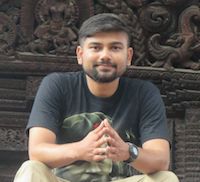