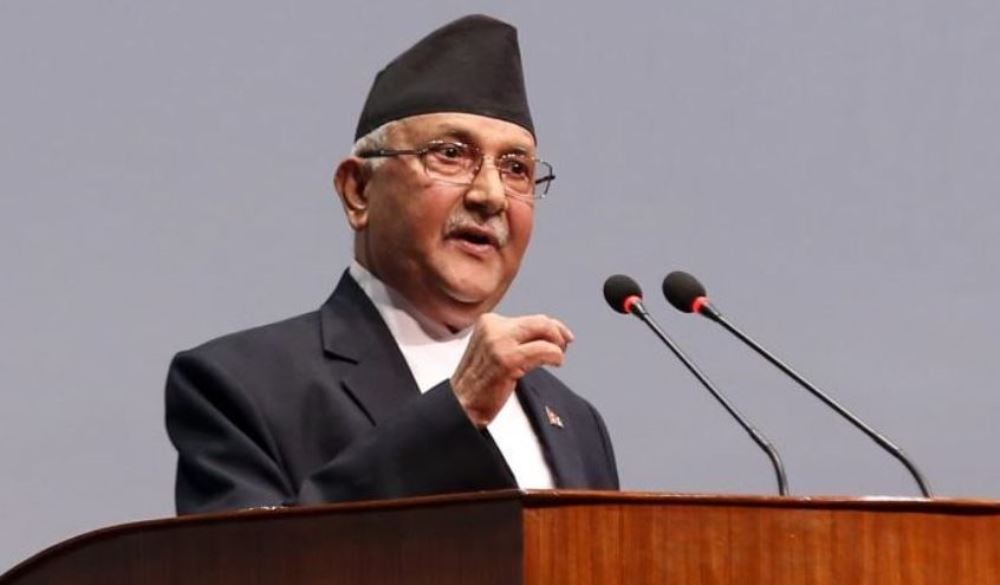 Nepal Foreign Policy
The political instability resulting from fractured inter/intra-party domestic politics has always been a barrier to the economic prosperity of Nepali people. The new government should now focus on achieving unwavering political stability. This is a great opportunity for Prime Minister Oli and the alliance to turn their commitment in manifesto to reality, more precisely fulfilling a long-awaited dream of the Nepali voters - economic prosperity. Notwithstanding, the current government is not completely free from internal and external perplexities.
Addressing the grievances of the people living in Terai with necessary amendment of the constitution should be the new government's foremost priority. The absence of national unity hinders effective bilateral and international engagement. Managing the potential intra-party rift after the formal merger between CPN-UML and Maoist Centre is another challenge. Learning from past experiences, PM Oli should adopt a visionary leadership approach to stop party factions.
In the international arena, 21st Century is projected as the ‘Asian Century' with rapidly growing economic strengths of China and India. Needless to say, along with enormous opportunities, Nepal's geographical position will bring along more plausible clashes of multiple external interests.
Preserving and exercising de jure sovereignty for small states demands skillful diplomacy considering its limited tangible determinants of foreign policy including economic, military, demographic, and geographic aspects. Nepal had witnessed the repercussions of inviting outside supports for short-term political gain which severely impeded the promotion of national interests. Standing firmly against any hegemonic power intervening in domestic issues is also equally important.

PM Oli recently reviewed various treaties and special relations with India “in keeping with the times” and taking Nepal away from ‘one country, one option' situation. In fact, he was applauded for opposing the infamous Indian economic blocked after the promulgation of the constitution in 2015 and for signing the transit transport accord with China, which also largely contributed to a landslide victory of the left alliance in parliamentary and provincial assembly polls.

Two consecutive phone calls from Prime Minister Narendra Modi to CPN-UML Chairman KP Oli even before his assuming the office of the Prime Minister, and Indian External Affairs Minister Sushma Swaraj visit with ‘no special agenda' to Nepal even before the formation of Prime Minister Oli-led current government was largely observed as the ‘conciliatory move' from New Delhi. In reality, India too has various discrepancies about the handling of its relations with Nepal. Some argue that it is mainly due to the massive interference in Nepal's home affairs and ‘holding but not delivering approach' on various projects like hydropower and transport. This has created a heavy trust deficit with India and compelled Nepal to seek closer cooperation with China. Others argue that whatever the case, India should counter the growing economic and political footprint of China in Nepal. Nepal's engagement with India is paramount but certainly without compromising its own interest.
Maintaining a relationship of trust and confidence with immediate its neighbours by addressing genuine concerns is the central focus of Nepal's foreign policy. Nepal's connectivity beyond the borders is also entrenched between deferring interests of its neighbours. It is also important to study the feasibility of the proposed connectivity projects to avoid probable debt distress.
Beyond its foreign policy priority with its next door neighbours, Nepal's economy is largely dependent upon remittance. Oli needs to promote cordial relations with Nepal's labour destination countries to protect the interest of its citizens.
Meeting the expectations of the voters, dealing with domestic divergence in intra/inter party settings in national and international issues, promoting the national interest in increasingly volatile situations are the major challenges and certainly should be in priority too, for the new government. More importantly, it is a great opportunity for PM Oli and his team to take Nepal's bilateral and international relations to newer heights.