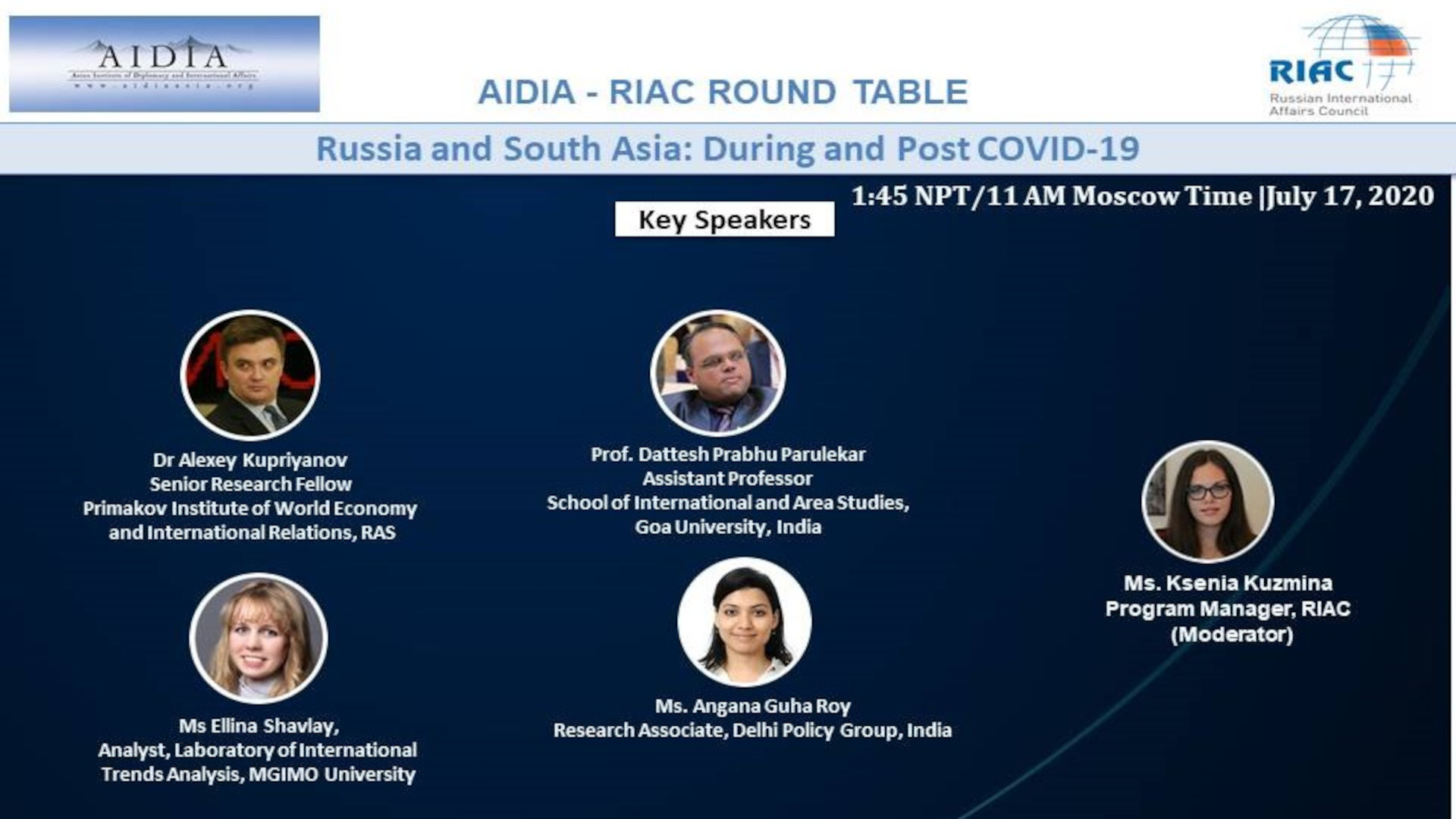 South Asia is a dynamically developing region with greatsocial and economic potential. South Asian Association for Regional Cooperation (SAARC) aims at closer regional collaboration across various fields ranging from security to economic, technical and socio-cultural areas, as well as at combating a broad range of traditional and non-traditional threats. At the same time, SAARC has been often criticized as inactive and inefficient due to tensions between its member states. However, in 2020, SAAR? countries have increased cooperation that has produced tangible resultsagainst the background of COVID-19 pandemic, severely hitting the region and the whole world.

Developing close partnerships with major regional players and increasingly aware of South Asia’s potential, Russia has been interested in closer interaction with SAARC and in 2014 applied for an observer status. Collaboration in both security and development issues may be beneficial for Moscow and SAARC states, with infrastructure-building, knowledge-intensive sectors and public health appearing most promising nowadays.

At the webinar, Russian and Nepalese experts will discuss the past and future of SAARC, highlight key interests of regional players that can be achieved within its framework, and assess the opportunities of Russia’s involvement. The online event is co-organized by the Russian International Affairs Council (RIAC), Moscow, and the Asian Institute of Diplomacy and International Affairs (AIDIA), Kathmandu. 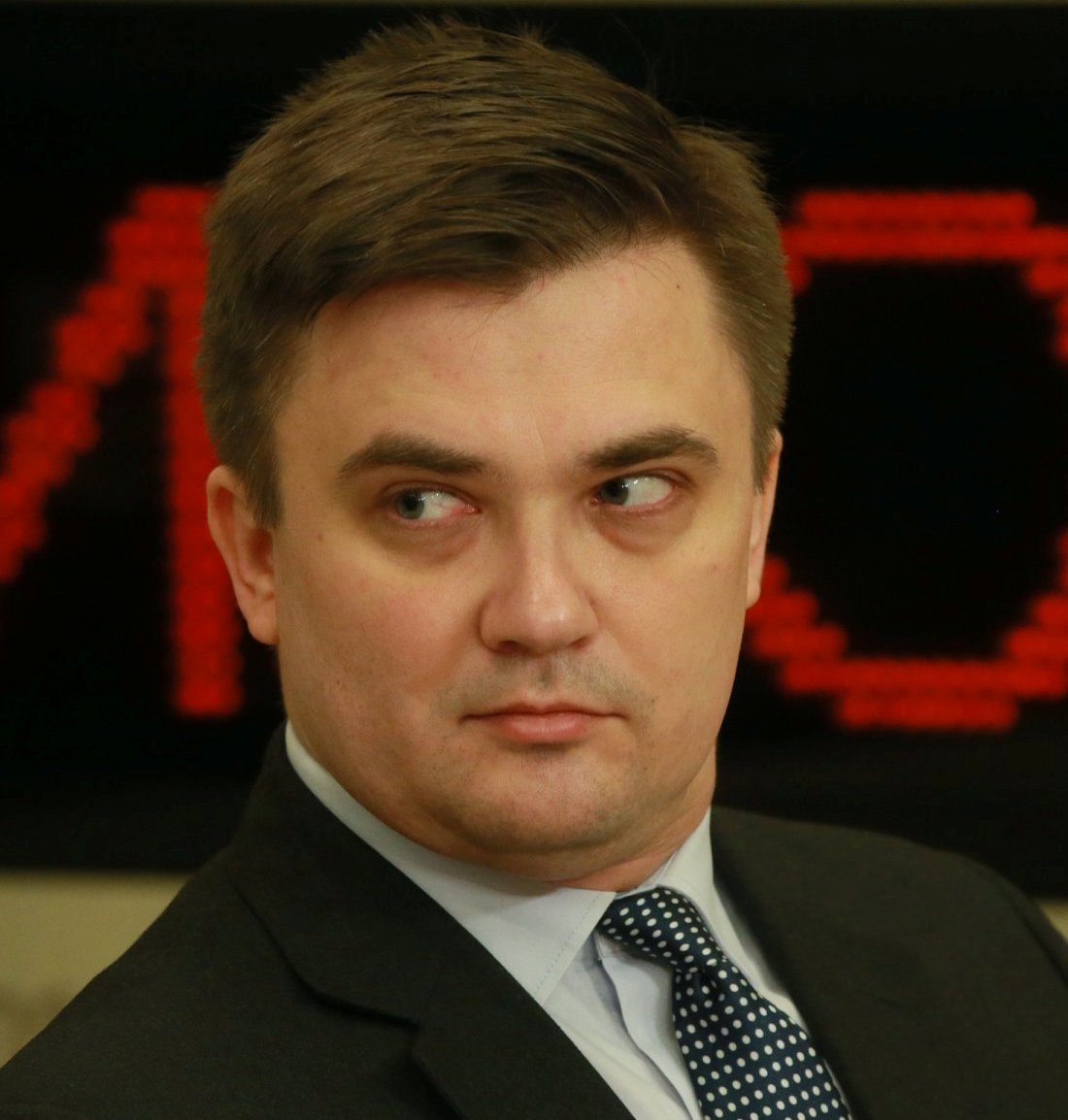 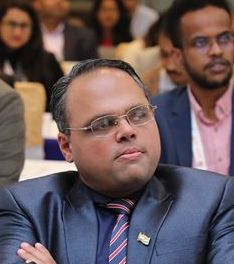 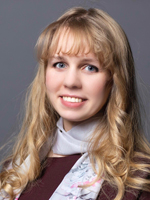 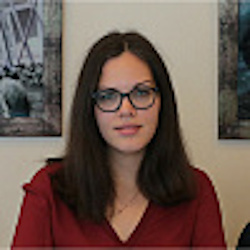 The experts discussed Russia's interests in South Asia and promising areas of interaction between the Russian Federation and regional players. The emphasis was placed on prospects of multilateral cooperation, including trilateral initiatives of Russia, India and Japan in the Far East.

Participants paid special attention to Moscow's approaches to regional initiatives, in particular to the Indo-Pacific concept. Russia's cooperation with the South Asian Association for Regional Cooperation (SAARC) was also analyzed in the context of SAARC’s activization against the COVID-19 pandemic. In addition, key divergences in the parties’ views on the roles of regional players in South Asia were addressed.

Russian and Indian participants shared the opinion that frank dialogue and deeper study of cultural aspects are indispensable in order to promote Russia's partnerships with South Asian countries.

♦Russia naturally wants to use the foundations laid during the Soviet era in order to increase influence and regain its position in South Asia.

♦Russia’s main goal is to create a zone of peace and collaboration in Eurasia, so it also needs peace in South Asia to develop its economic relations with the regional players. At the same time its resources are limited, so the cooperation is growing very slowly.

♦The situation in South Asia is getting more complex because of the growing tensions between the US and China. It is in the interest of the US to create disagreement between China and its neighbors. In this situation SAARC both contributes to stability in South Asia and is itself an indicator of such stability.COVID-19 pandemic has stimulated regional collaboration. However, it is unclear if this trend could continue after the pandemic or it is just a natural response to the crisis since the tensions between regional players remain in place.

♦Russia is interested in resolving security issues, such as the conflict in Afghanistan, India–Pakistan and India–China rivalries, as well as possible interference of external players, as the stabilization of the region would turn it into a fertile ground for economic activity.

♦There are two possible tracks for the development of Russia–SAARC relations: security issues and cultural cooperation. There is a room for increasing educational cooperation and intensifying tourism.

?Russia has no vital interest in South Asia but is interested in balanced collaboration with strong players there. Moscow is, thus, concerned about India–China rivalry. Japan has not shown any desire, probably under American influence, to expand trilateral relations with Russia and India.

♦Russia does not depend on China in formulating its policy towards the region. The increased presence of Russia in the Pacific and Indian Oceans could though be a source of discord with China and has no immediate benefit.

♦China’s current policy towards the SAARC countries (especially Pakistan) is relevant and has no reason to change. Beijing does not try to increase its presence in the Indo-Pacific, but to strengthen its connections with the SAARC countries (like Pakistan, Bangladesh, Myanmar, Sri Lanka) by providing them with ships and training their troops as part of a long term strategy.

♦India and China relations are still unpredictable and the situation on the border does not allow for a lot of optimism. In fact, due to the lack of mutual understanding, any action from the counterpart is seen as a threat to security. Overestimating threats is, however, as dangerous as underestimating them.

♦During the last 5 years, SAARC has had its problems, but the COVID-19 pandemic proved it to be still quite efficient while dealing with strategic challenges using informal instruments. However, SAARC does not work well in the institutional format due to bilateral disputes and disagreements, for example between India and Pakistan.

♦This may discourage potential new members and observers from working with SAARC. Myanmar, Turkey and Iran were all at some point seeking SAARC membership, but it is hard to expect them to join the format soon. The same concerns Russia.

♦Russia has shown more interest in bilateral relations with certain South Asian countries than with the region as a whole, demonstrating lack of the strategic vision of its policy towards SAARC.

♦If Russia wants to establish better relations with the region, it needs facilitation of its leader, India.

♦Russia also needs to place itself in the complex framework of influence poles between India and China. The privileged relationship of Moscow with Beijing would place Russia at a certain level of handicap in the SAARC region, due to the specifics of China–India dynamics.

♦It is time for Russia to decide if its goal in the region is to occupy the strategic vacuum that the US left, like in Afghanistan, or to balance US re-insertion into South Asia, especially in the Indo-Pacific context.

♦Russia also needs to work out its stance towards the Indian Ocean and South Asia maritime security. Here it can join China in its or become an autonomous stability actor itself.

♦Russia should also develop a larger grand strategy in the region. As for now, it only focuses on sectoral issues, but other great powers have predominant South Asia strategies, such as Southern Accountability and Governance Alliance (SAGA) initiative of India, Maritime Silk Road and Belt and Road Initiative of China, or Blue Dot Network of the USA.

♦Russia has been asking India to formally join the Eurasian Economic Union, but India requires Russia’s support then within the Indo-Pacific region.

♦The India–Russia–Japan cooperation framework seems to be efficient, as it is already working on topics related to Russia’s Far East. It could be expanded and defined as Russia’s corridor within South Asia.

♦Russia wants to see Afghanistan stabilized, and this task requires working with China and Pakistan, which will create a lot of stress for the Russian policy within the context of South Asia in general.

♦At the UN Security Council China is a great supporter of Pakistan, while Russia stood up twice to support India. At the same time, Moscow did not, as the US did, impose itself as a mediator between India and Pakistan.

♦Most Russians still have stereotypes about India and a strong ignorance of what India is. On the political level cooperation is also limited to security issues.

♦Collaboration should be increased in such key fields as social sciences, educational exchanges, raising cultural awareness, exposing similarities among peoples to stimulate mutual interest. These areas can be used as a driver for further collaboration.

♦China has natural reasons to increase its presence in the Indian Ocean. However, the so-called “String of Pearls” concerns economic ports and it is way too expensive to convert them into military ones.

♦Populations of India and China are the biggest in the world, and the energy demand is growing. Sea lines are vital for energy transportation, and China’s goal is to assure their safety in the Indian Ocean.

♦The India–Russia relationship is solid in key sectors, such as anti-terrorism, defense and space, but needs to grow in the economic domain. The two countries have projects like the North–South Transport Corridor and the Chennai–Vladivostok Maritime Corridor. They could be used as a counter-balancing strategy for China's BRI.

♦Russia has a defense partnership with Pakistan too, but it has agreed not to sell arms to Islamabad. The two countries have relations mainly in multilateral frameworks.

♦China is Russia’s largest trading partner. However, China tends not to fully collaborate with Russia on the Belt and Road Initiative, using Russia in support of Chinese global outreach.

♦China–Russia relations are mainly based on their mutual interests in trade and economics and American distrust. Chinese investments in the Russian Far East are continually increasing. None of the two countries has though recognized the legitimacy of the other as regards territorial issues, such as Crimea and the South China Sea. India made it clear that its relations with Russia would remain independent from the US influence, despite the threats of sanctions.

♦Russia supports India’s position in Jammu and Kashmir regions. However, we can see a strong inability of Moscow and New Delhi to expand their collaboration beyond government-led sectors.

♦India is concerned about Moscow’s accommodating approach to Taliban in Afghanistan, criticism of the Indo-Pacific concept and relations with Pakistan.

♦The region is now finding itself in a Thucydides trap, when China as a rising power coexists with the USA as an established power. In this regard:

•India is willing to balance, to be proactive in the region.

•Russia has its own limitations due to the sanctions it is facing.

•India and Russia should find common issues and better define the common vision. The goal is to create an

Asian balance of power through multilateralism to counterpower China. 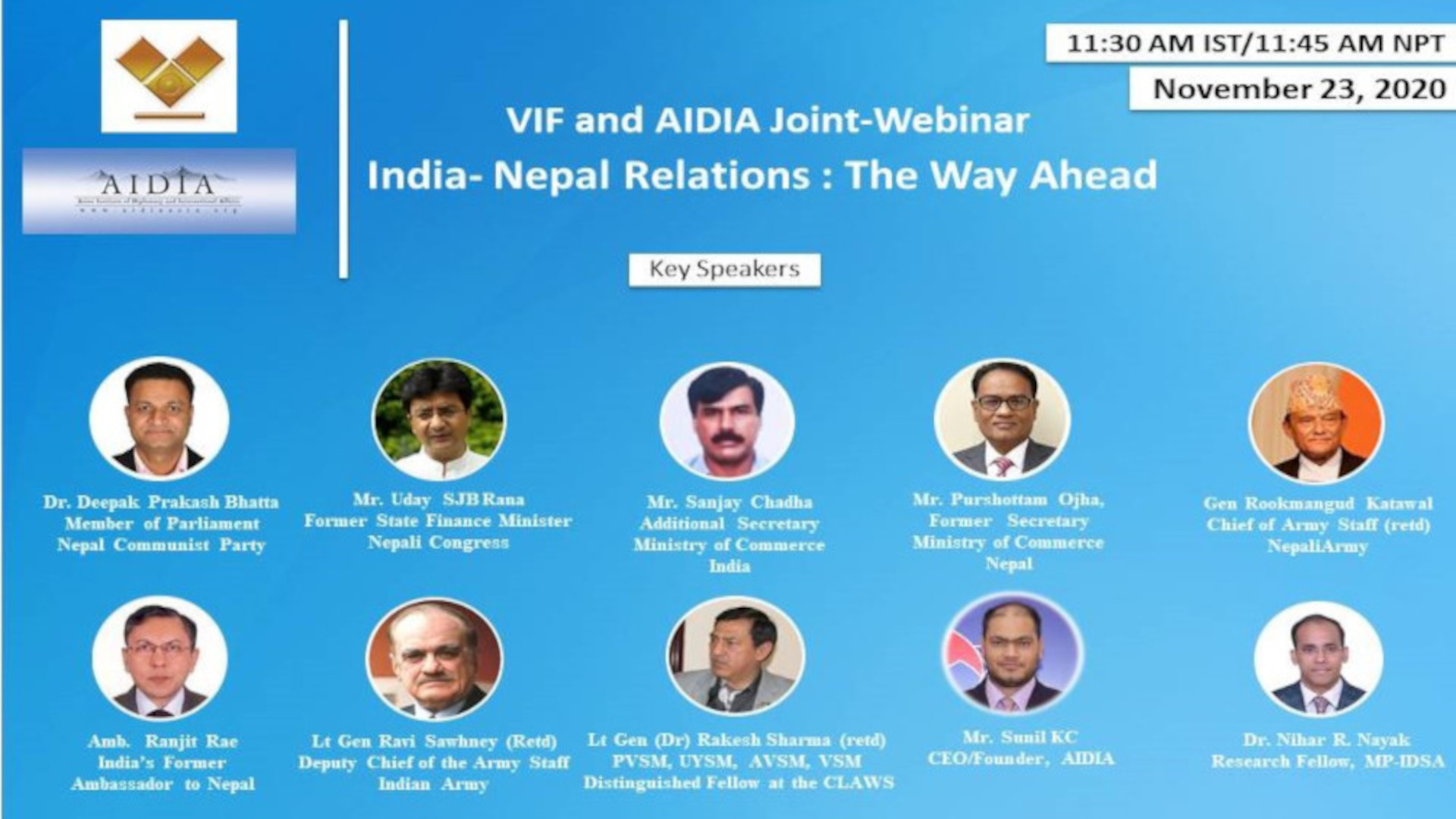 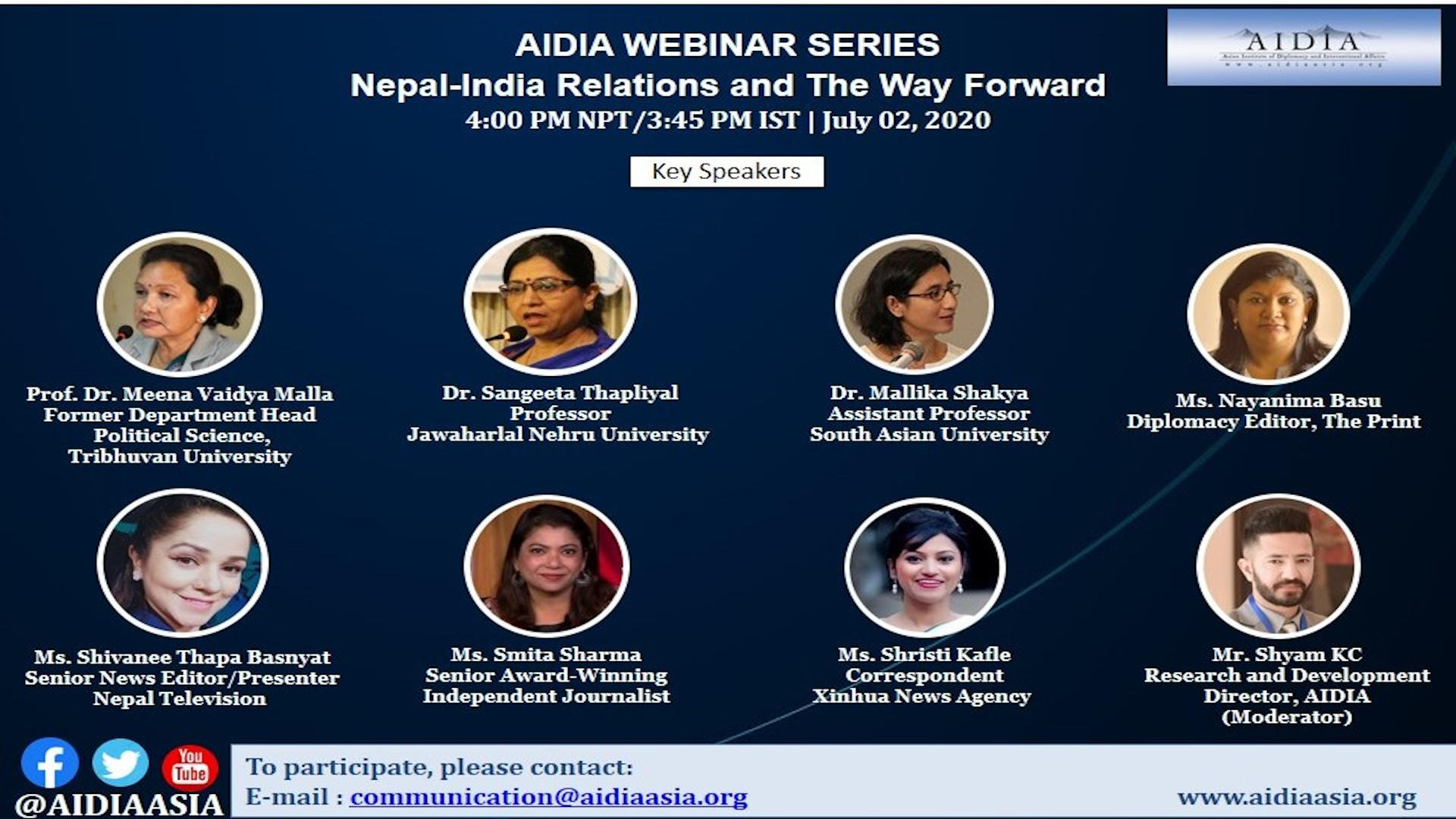 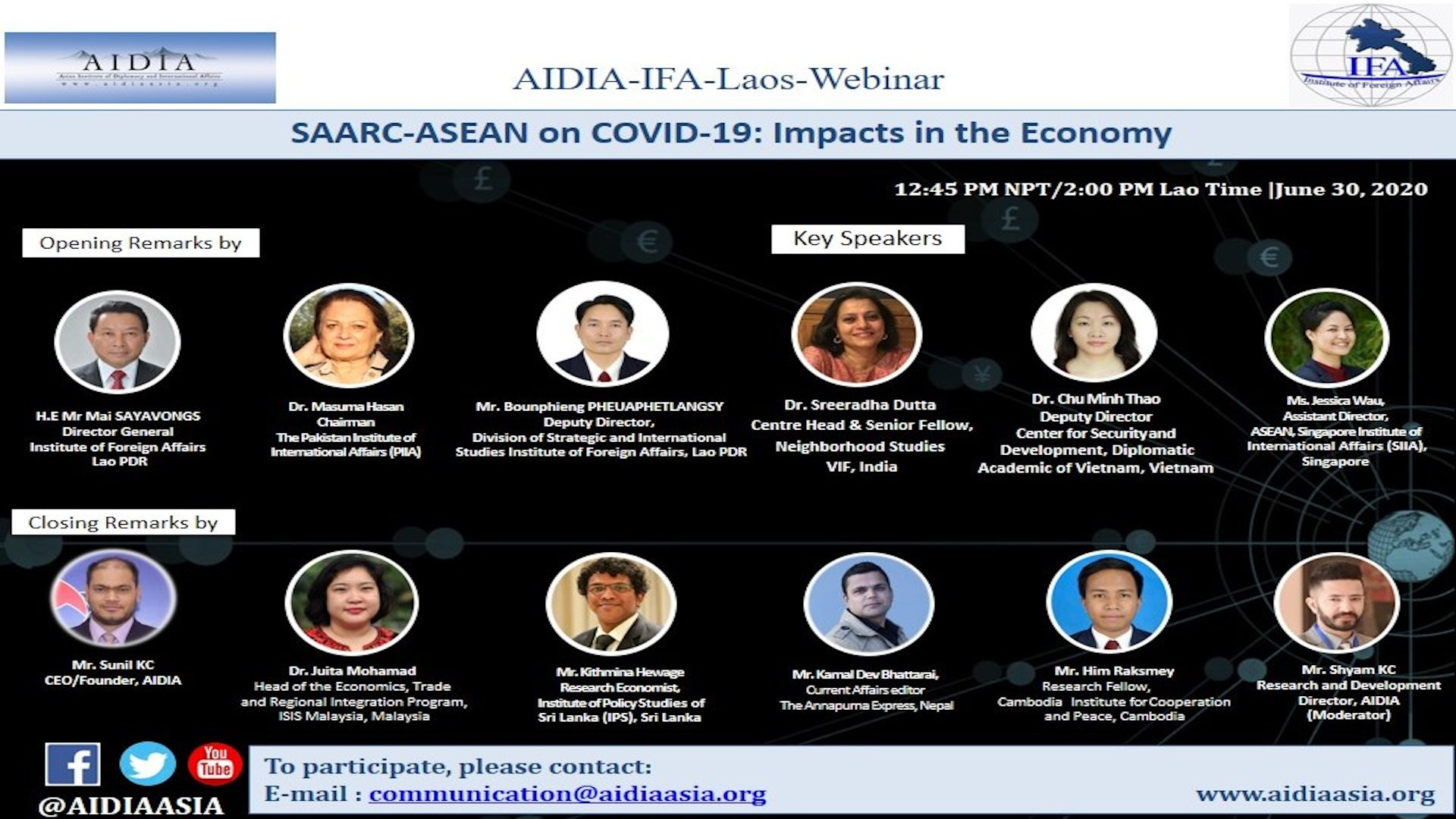 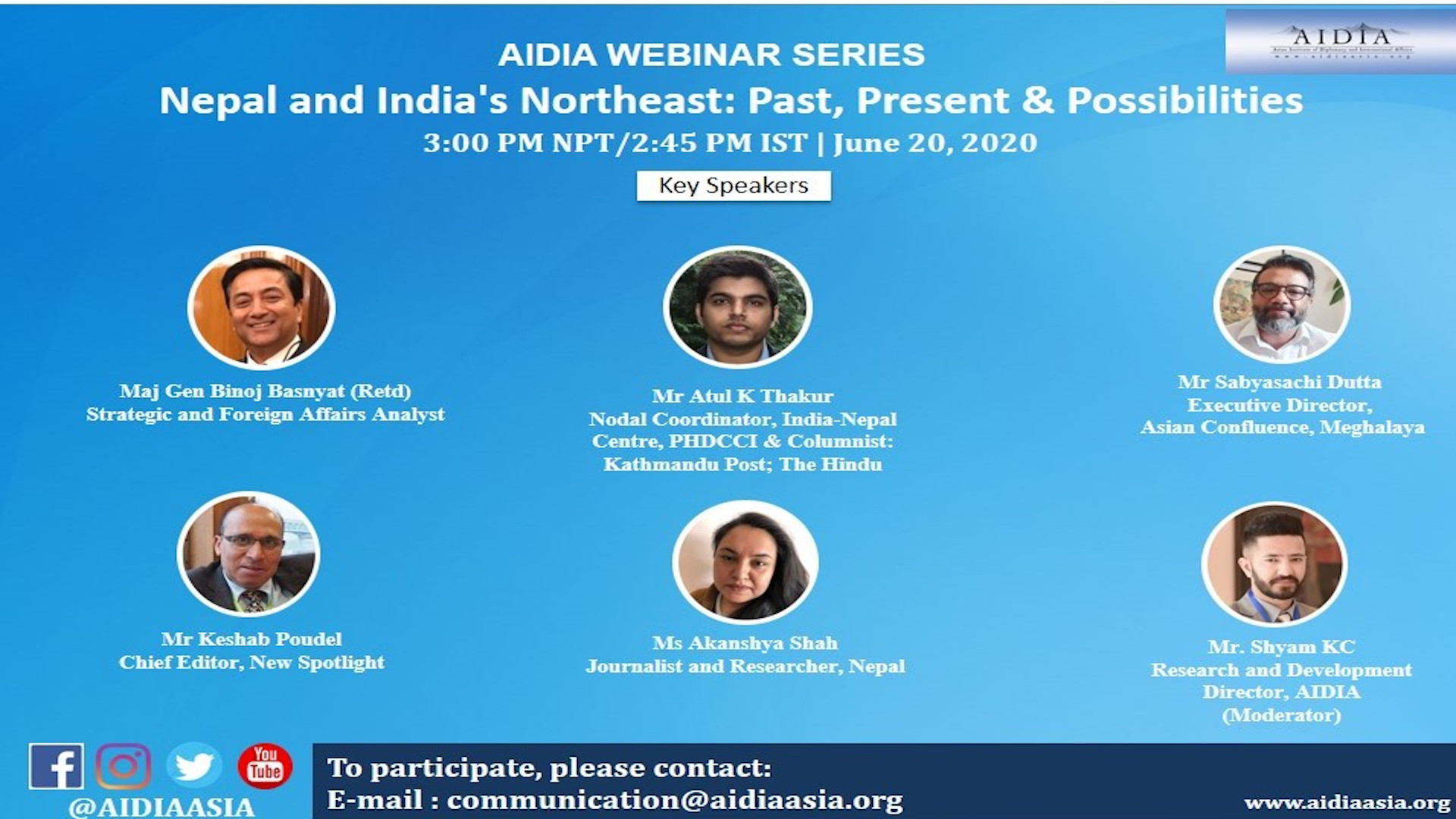 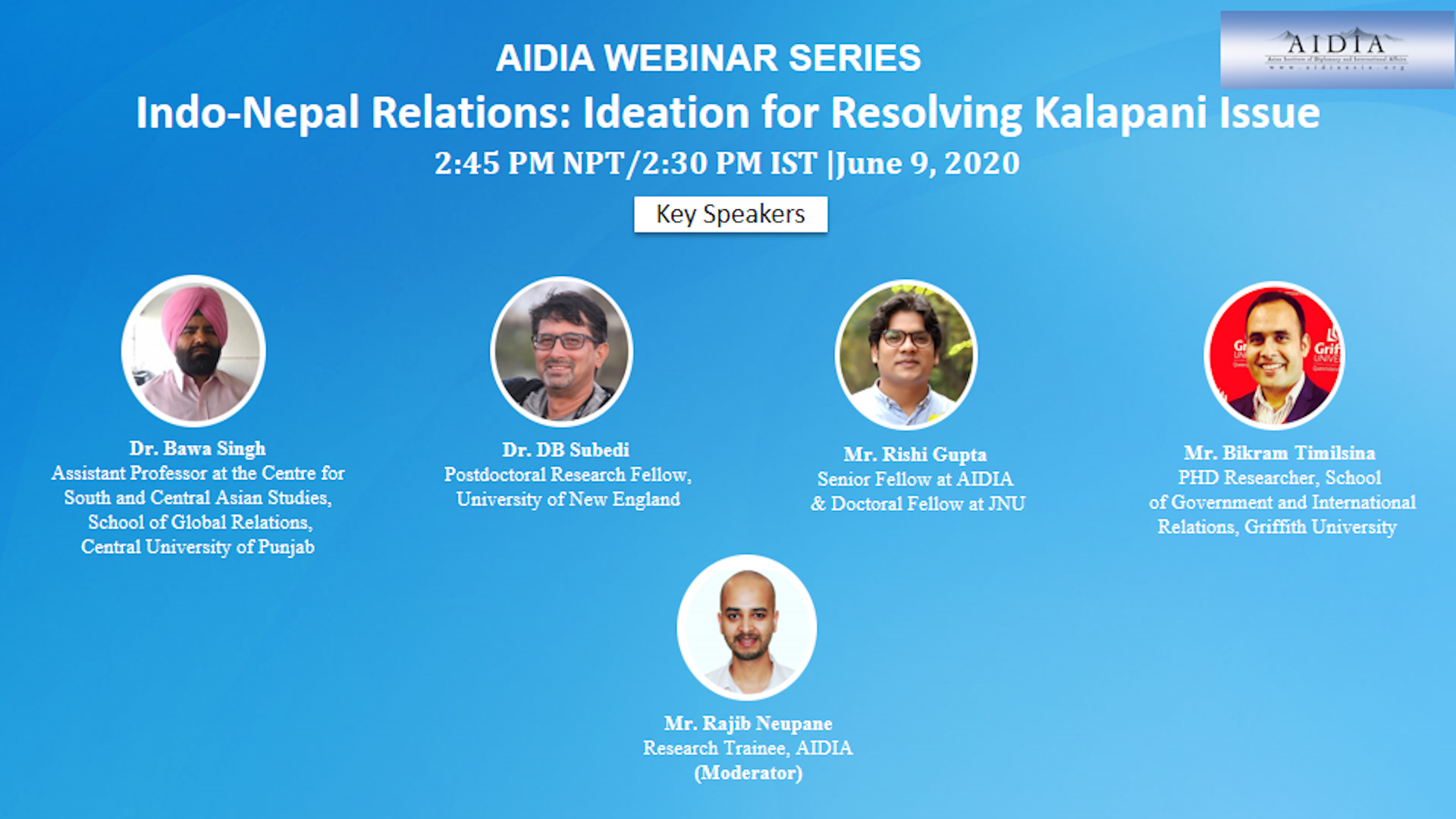 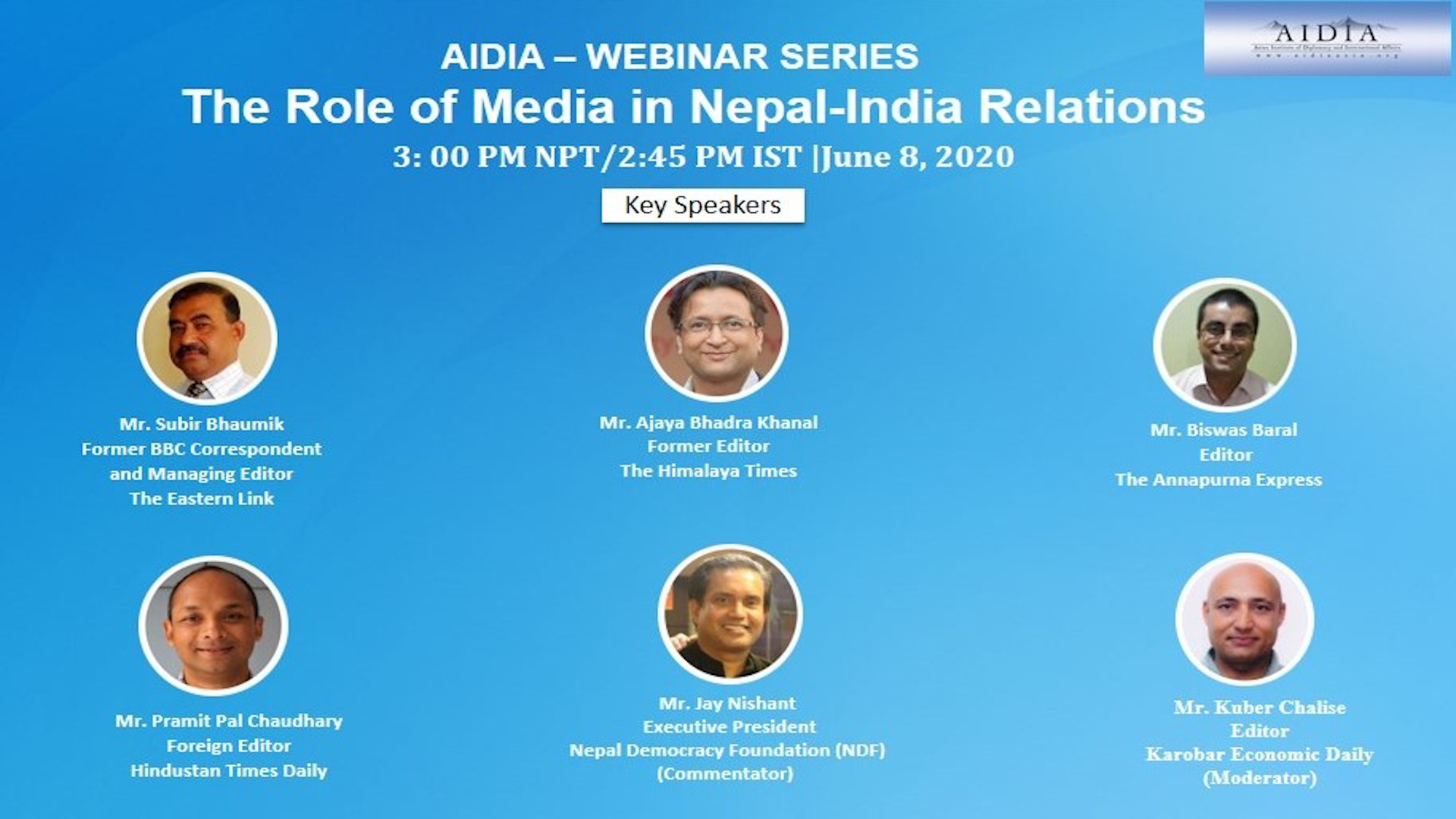